Ran across this on Goodreads and grabbed myself a copy. Very well written and worth the three bucks. Click on the Cover to grab yourself a copy.

Sarah Temple hopes to find a bit of peace and quiet when she leaves her abusive boyfriend, but instead she finds a world of horror. It’s bad enough that a sadistic serial killer and another maniac are both trying to murder her, but what’s worse is the mysterious Solitary One who controls both of them, a malevolent entity that the serial killer describes as a living darkness, a man and yet not a man, something that’s alive and yet not alive, something that wants to appall the world.

Trying to flee from the two killers, Sarah finds herself running deeper and deeper into a deadly supernatural trap, a place where people are buried alive, where ghastly apparitions mutter in the dark, where demented killers prowl, where a crumbling haunted house can drive its victims mad with terror, and where something buried for a very long time may walk again.
About Harvey Click: 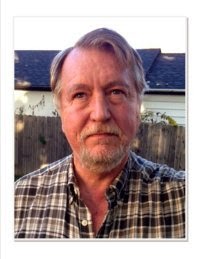 His other work is: