Parasite (Shadows of the Past Book II) Chapter 3 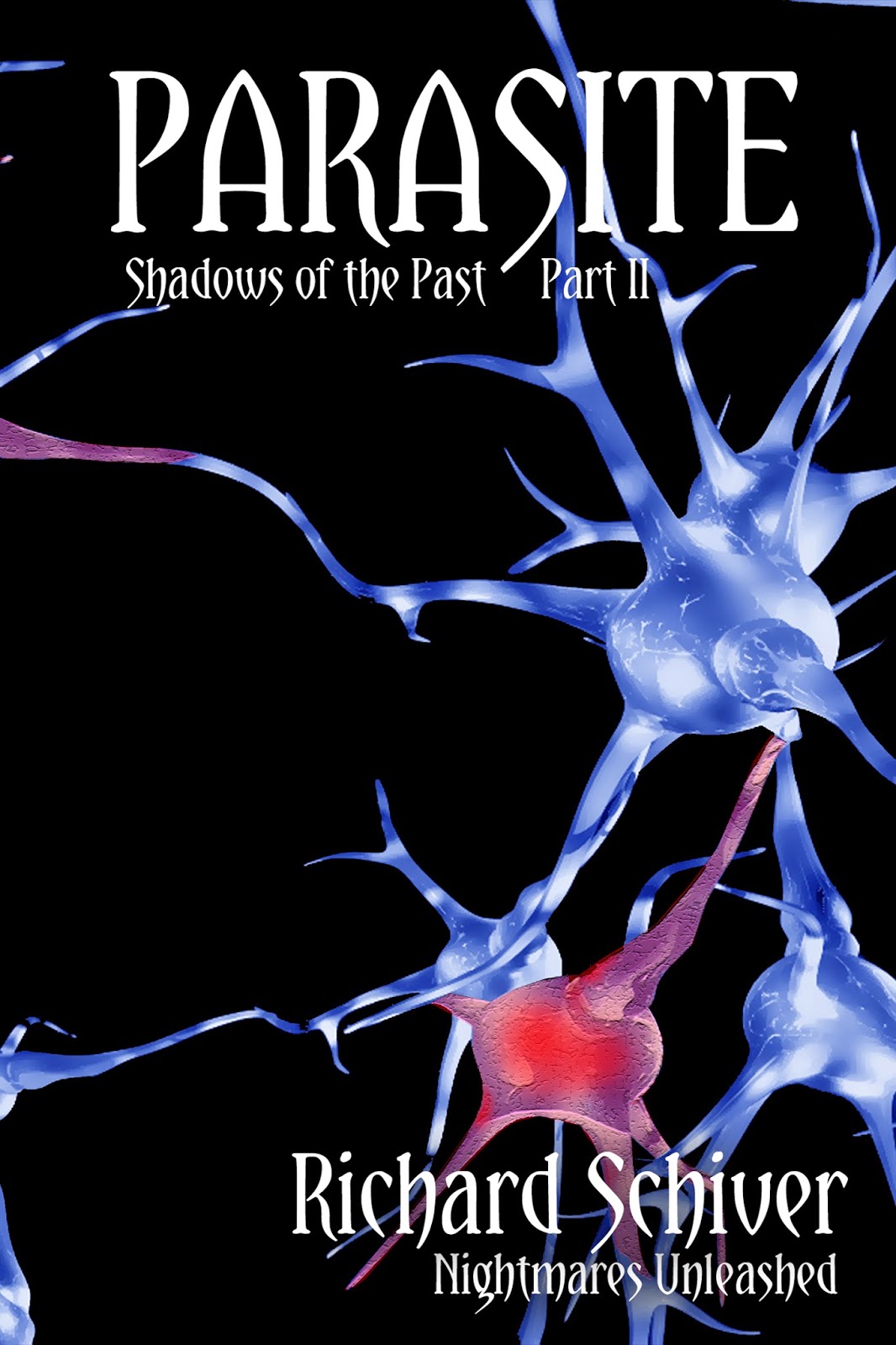 His mother was busy in the kitchen when Dave slipped into the house, passing quietly through the living room as he made his way to the stairs, heading for the sanctuary of his room on the second floor. On the mantle photos in gilded frames offered a brief glimpse into a sunny past that had become lost in a cloud of never ending despair. There had been a time when he would have gone to the kitchen to speak to his mother about how his day had gone, sharing a glass of milk as they chatted. But those days had passed.

“Is that you Dave?” She called from the kitchen as he quietly raced up the stairs and stepped into his room. He softly closed the door behind him as her footsteps came from the stairs.

There was a soft, hesitant, knock at his door. As if she was afraid to disturb him. He ignored her request to open the door as he sat down on the side of his bed. It was easy; what would be harder would be ignoring his father’s demands to come in.

You’re living under my roof, so you live by my rules, he was always fond of saying. True to his nature, it wasn’t long before he knocked at Dave’s door. There was no sense denying his entry; he’d just take the door off its hinges. He’d done it before.

Dave opened the door and crossed back to his bed, where he sat down next to the headphones for the I-pod he’d stolen from a kid at school. His dad never seemed to have enough money for anything other than what he himself wanted, forcing Dave to resort to theft to get what he wanted. The faint sound of music came from the ear buds, but he knew better than to slip them on when his father was present.

There were a lot of things you didn’t do when his father was present, not if you valued your life. He doubted his father would kill him, as he had threatened so many times in the past, but there was no sense taking any chances.

He watched as his father swung his desk chair around and straddled the seat, resting his arms across the back of the chair.

There had been a time when he was younger that he looked forward to these talks with his dad, who would come in after a hard day’s work to share his day with him. Man talk they called it, a brief chance for them to connect as father and son. But that had been before the layoffs, before the endless days of shuffling from one pointless job interview to another, only to hear the same response over and over again.

“Sorry, but we’ve decided to go with another candidate.”

His father had reached the age that employers considered not worth the effort to retrain. He was too young to collect Social Security, but too old for most employers, leaving him stuck between a rock and a hard place. Dave’s mother worked at a small Laundromat in town; having spent her life as a housewife it was the only job she was qualified for. And the fact she could find a job when Dave’s dad couldn’t added to the misery that now wrapped the house in its cold embrace.

“Okay, what gives?” his father said. “What happened now? What kind of trouble are you in?”

“Nothing,” was Dave’s automatic response as he shook his head. He wasn’t sure himself what kind of trouble he was in. But somehow or another he would share the blame for what happened to Randy. He recalled the way he had fallen off the cliff after Anthony had stomped on his hands. How he had spun through the air, the sound of his impact on the stones below accompanied by that sickening crunch that was easily heard from the top of the cliff.

Anthony had turned on him and Dave had backed off, his hands held up to protect himself. Then Anthony had just walked off. Dave had eased out onto the edge of the cliff, looking down at Randy’s lifeless body, filled with a sudden lightening of the spirit. He had never really liked the way Randy treated the weaker kids at school, aware in the back of his mind that one day the tables would be turned. But he really had had no choice, unless he wanted to become one of Randy’s targets. That in itself was motivation enough to continue to go along with whatever crazy idea Randy came up with.

But that was then and this was now. He was no longer under Randy’s control and a part of him was relieved.

“Don’t give me that bullshit. That Randy kid you hang out with is nothing but trouble. Did he get you arrested again?”

Everything momentarily went dark as the sound of a slap echoed in the room and the side of his face went numb. It had happened so fast he didn’t even have time to react.

“You better learn some respect, boy,” his father said as he raised his opened hand for another blow.

“No sir,” Dave said before the blow could fall.

“That’s better. Now get yourself ready to eat, your mother’s been working all day to make us something special.”

His father’s something special usually meant cow brains, and Dave’s stomach performed several lazy somersaults at the thought. To Dave there was something wrong with eating the brain of another animal. But his dad had been raised differently; as a child his father’s parents had never wasted anything, so he had developed a taste for parts of the cow many would consider unfit for consumption.

It was obvious he had recently butchered several cows, since that was the only time they had brains, when he could get them fresh. With a sigh, Dave pushed himself up from the bed and went downstairs.

That night, after another silent dinner with his parents, Dave sat at his window watching the night as the full moon slowly advanced across a black sky. His stomach rumbled with hunger as the sound of movement came from the forest. Something, or someone, was approaching the house.

His father’s dogs began baying in low mournful wails that chilled him to the bone. It was as if they were afraid of whatever was coming through the forest, their voices raised in a chorus of fear that echoed through the night.

His father was obviously already asleep or he would have been yelling at the dogs to settle down. Their baying became low whimpers as the approaching creature? person? got closer.

Dave looked down at the yard behind the house. To the right was the barn, and beyond that the field where his father kept several head of cattle. To the left was the field his father had tried farming with little success. The tractor his father used to plow the fields sat halfway in the doorway of the barn, the front end raised up on a lift, the front axle lying in the dirt next to it.

Several days earlier, Dave had hit a tree stump while crossing the rear field, snapping the axle in half. The sight of the tractor reawakened the pain across the backs of his legs from the beating his father had given him for not begin more careful.

“Some day you’ll thank me for this,” his father had said, but Dave was doubtful that day would ever come.

A rustle of movement at the edge of the yard drew his attention and he looked down to see Randy stepping out of the tree line. It couldn’t be, it wasn’t possible, not after the fall he’d seen him take, but there he was, waving up at him.

With a sigh, his spirits sinking, he climbed over the windowsill and carefully walked across the roof of the back porch. Reaching the edge, he leaned over and dropped to the ground with practiced ease. It wasn’t the first time he’d snuck out at night, nor would it be the last, as much as he wanted that to be. He was afraid to leave his mom alone in the house with his dad.

Randy crossed the yard towards him and Dave noticed the funny way he was walking, as if he had a hitch in his step.

“I thought you were dead, man,” Dave said as he approached his friend.

Randy’s eyes were black in the night, watching him with a preternatural stillness that awakened a primitive fear in Dave’s soul. Then he noticed the odd animal at Randy’s side, a ferret-like creature whose back was covered by a tortoise shell.  He saw the useless leg dangling from the animal’s belly and realized that he’d made a serious mistake coming out here.