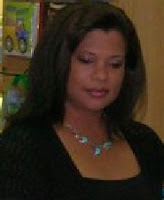 Eden sums it up best.

"It’s a genre of Gothic fiction unique to American literature set in the American South. (Although I’ve taken a few liberties…) Commonly featured are characters who may dabble in hoodoo and conjure magic–like my great-aunt. Other characters practice more devious or violent acts. But all of them are deeply flawed, disturbed or eccentric characters. Much of Southern Gothic focuses on the macabre and grotesque. Maybe that’s why I love the genre."

Synopsis:
Pull up a rocking chair and sit a spell. Soak in these twelve tales of Southern Gothic horror:

Sinister shopkeepers whose goods hold the highest price, a woman’s search for her mother drags her into the binding embrace of a monster, a witchdoctor’s young niece tells him a life-altering secret, an investigator who knows how to keep a 100% confession rate….

These are stories where the setting itself becomes a character—fog laced cemeteries, sulfur rich salt marshes—places housing creatures that defy understanding and where the grotesque and macabre are celebrated.

The stories are rich in flavor and clever in metaphor, the horrors completely surreal or—far more unnerving—all too possible. She brings a refreshing perspective to the table that paranormal lovers are sure to enjoy. —B.D. Bruns, author of The Gothic Shift

You can feel the warm thick air, the rich history and legends, the desperation of the impoverished, and the deep horror of the betrayed. —Roma Gray, author of Gray Shadows Under a Harvest Moon

Eden has had stories appear in over a dozen anthologies from large and small presses–horror, steampunk, dark fantasy, erotica, haiku, and combinations thereof.  She provides editing and proofing services for a publisher and for individuals.  And has lent her voice to several fantasy characters on gaming and writing podcasts. Besides all of that, her passions include roller-skating, listening to thunderstorms, and sumi-e painting.

She also writes a feature for Graveyard Shift Sisters, where she interviews a female horror author of color and reviews their latest work.