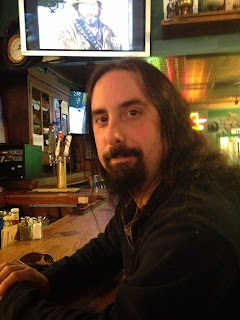 Chris Tucker grew up in New England and has lived throughout the country. From an early age, he acquired a love of reading and writing, and always wanted to write a novel of his own.
That opportunity came while he was living in Hawaii and he decided to start writing what would become his first novel - Lost Voyage. The birth of his son caused the novel to be put on hold and it would be more than a decade before the book was finally published.
Since that time, he has also published a short story zombie series called the "5280 Diaries".
When not writing, Chris spends his time raising his son, playing guitar, taking his pup to the park, hiking through the Rocky Mountains, coaching youth soccer, and watching anything Boston sports related.

1.) When did first get serious about writing?
A.) I’ve always had a passion for writing, but it wasn’t until I was living in Hawaii when I really sat down and started writing out my first novel. I didn’t have a computer so I actually had to hand write it all out in a notebook. I’m happy to say that is no longer the way I write my books, as I have joined the rest of modern society and now have a laptop of my own. Once my son was born, the book was put on hold for almost a decade while I spent my time raising him. Babies require a lot more attention than you would think. I thought they just came out and that was it, but nope, you actually have to pay attention to them.

2.) What is the hardest part for you about writing?
A.) Even though I work from home, it would be the time aspect. I coach youth soccer and run my own business, so while I sit on my couch all day, I don’t have as much time as I would like to actually write more books. Once I get into my groove though, there is no better feeling. The other hard part is trying to keep the ideas fresh. All of my novels will have the same main characters in them, so keeping everything fun for the reader requires me to write the dialogue in such a way that it doesn’t become repetitive in each book. Other than that, I really don’t think there’s anything hard about writing. I love putting my words on paper and I’ve been known to laugh out loud when I write a funny scene. It’s just a lot of fun. I have no idea how I come up with some of the plotlines and dialogue. But that’s the best part of it all. I can’t even put my shoes on the right feet most days, but I’m able to come up with some pretty cool plots and twists along the way (or at least I hope all my readers feel that way). 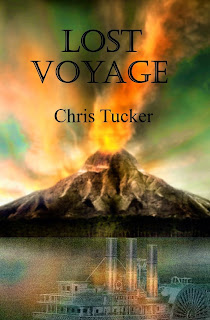 
3.) How did you feel upon publication of your first completed project?
A.) I went and bought a pretty kickass bottle of red wine and proceeded to drink it as I smiled profusely. It was one of the coolest feelings to see my novel published and hold a copy in my hands. It was a book 10 years in the making and to finally put it out there for the world to read was a feeling like no other. Getting that first awesome review from someone I didn’t know personally was an even better feeling. To know someone liked (and actually paid for) something I worked so hard on gave me a sort of validation that I might be good at this whole writing thing. The person who left the bad review might differ in that opinion, but I’ve accepted the fact that not everyone will like the book. I personally think it was my mom who left the bad review, but she hasn’t fessed up to it yet. Might be payback for me being a horrible kid in my teen years, but I’ll break her eventually and get her to admit it.

4.) What is more important to you, story, or character? Why?
A.) If I have to choose, I would say my characters are more important, but only because it’s on a personal level for me. While I love how I come up with the storylines for my books, I tend to throw in a personal touch with my characters and their development. For example, my main character’s partner is named Pat Vigil. Pat is based off of my best friend who passed away a few years ago. Being able to write him into the story and pretty much write his character as he was in real life is something that means a lot to me. It helps me to keep him alive, so to speak, and it allows my readers to see what he was like and why our friendship meant so much to me. His character is so easy to write because I just imagine what he would say or do in certain situations. One of his relatives read the book and told me, “Yep, that’s Patrick.” For me, that was the coolest thing anyone could have ever said about his character. It means I’m portraying and honoring his legacy in a good way. There are also a few other characters in the book based on real people in my life. I wish I could have chosen both responses for this question because I have such a great time coming up with my storylines…maybe next interview? Hint, hint…

5.) What is a typical day like in your world?
A.) I always begin each day by getting my faced licked to no end by my pup, Bailey. Then it’s time to get up and take her out for a quick walk. I usually plop myself down on the couch and turn on something sports related (usually a soccer game) while I fire up my laptop. I pretend to work for a few hours so my girlfriend thinks I’m actually accomplishing something (although I’m usually screwing around on my social media accounts), and then I try and squeeze in a little writing. Then it’s off to soccer practice where I get to make myself feel better by yelling at a bunch of 11 year olds (joking about the yelling…not really, but kinda) and I get to do something I truly love as I watch them develop into better players. It’s an amazing feeling to be able to have that kind of effect on kids and see them become better each and every day. I also have my own son who is my entire world who gets a fair share of my attention, and then there’s my amazing girlfriend who seems to put up with me on a daily basis for some unknown reason – we both work from home so we get to see each other all the time. That’s my day in a nutshell. In between all of that, I try and find time to write my next novel so my readers will stop pestering me about when it’s coming out. I know… it’s such a burden to have people wanting your next book, isn’t it?

Chris can be found all over the web.