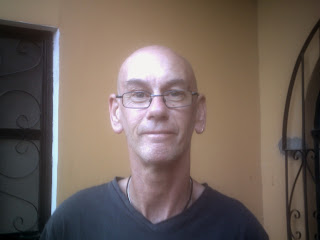 Born in North London in 1955. Left school at 16 without qualifications. Found work as a trainee in a commercial art studio, left after two years to travel. That became the main passion in my life. So far, I have visited 28 countries. I would travel, return, find work, save money and then travel again. That set the pattern of my life for many years.  My jobs have ranged from pearl diving (dishwashing) to English teacher. By the late 70s it was becoming more and more difficult to find work and so I looked around for a qualification that I could take with me on my travels. To cut a long story short I ended up studying for a degree in Social Science as a mature student. Because I had been out of education so long I attended a remedial class and my tutor, a published author herself, encouraged me to try creative writing. It wasn’t until I graduated that I tried my hand at it and then I sat down and wrote six pages of my first novel. Then I was struck down by a severe case of writer’s block. I couldn’t touch them for two years until I returned to Guatemala, but I took those pages with me and was able to finish my novel there.
Guatemala, C.A. has become my adopted country. The first time I visited was as a traveller. The second time was as an exchange student during my gap year and it was then that I met the woman who is now my wife. I returned to England to finish my degree, but found no work opportunities because of the continuing recession. Returning to Guatemala I became an English teacher. I also married the woman I loved and became the step-father to three children. For the next 15 years I taught English, first in a Language Academy. From there I progressed to teaching independently and went on to form my own company and employ others. A prolonged economic down turn finished off my business and with my wife I returned to England. After several years we returned to Guatemala.
When I finished my first novel I was quite surprised and pleased by the result. Since then I’ve written five more. They are all fantasy novels except one.
When did you get serious about writing?

It wasn't until I was about 34. Up until a couple of years before that, I'd never entertained the idea of writing. I come from an old working class background that can be very limiting. 'We' didn't do things like write. That was for other people. For many years I did wonder what it would be like to be a journalist, but that didn't seem like 'writing'. As an addicted reader I did also wonder how some of the crap I'd read got published and if I could do any better, but that was the nearest I ever got to thinking about writing. It was during my quest for a qualification that i found people who encouraged me to write. I did a short course in a Further Education College that led to another and the tutors were impressed with some of the work I turned in. When I went to university I attended a remedial course for mature students like myself and the tutor, a published author herself, encouraged me to try my hand at it. It wasn't until I graduated that I followed that advice. I sat down one day and wrote six pages of a novel. Then i got hit with a severe case of writer's block and couldn't touch it for another two years. Fortunately, when i returned to Guatemala I took those pages with me and was able to finish the novel.

What is the hardest part for you about writing?

I think we all could say, the beginning, middle and the end! Although I do like writing I do have to force myself to sit down and write. I can think about what to write forever, but actually sitting down to do it can be hard work. Once I've started again I'm OK, but it's the intial start that can be difficult. I'm finding the promotion of my work harder than the actual writing of it! 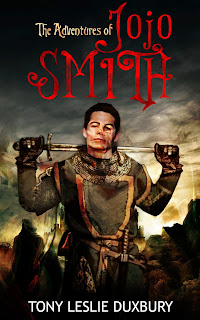 How did you feel upon publication of your first completed project?
Over the moon! Triple somersaults and all that. I was a Master of the Universe. Tolkien and all the rest can move over,the main man has arrived! I just sat back to watch all those royalities pour in( what happened? ) Despite all the self generated hype, I felt a great sense of achievement. When i came back down to earth reality set in and I realized that i was one of many and that book couldn't be considered great literature, but it was mine! I had produced it from nothing and it was a wonder to see something I wouldn't have contemplated attempting many years ago. In a nutshell : I felt bloody great.

What's more important to you, story or character? Why?

The character always comes first with me. After that I think of a situation to put him in. The story develops from that. They are both equally important, but I can't custom make a character to fit a story. It has to build up around him. Most of the time I only have a vague idea of what i'm doing anyway.

What is a typical day like in your world?

A typical day is hot and sunny as i live in Central America. Workwise i'm at a loose end at the moment. Recently I was helping my wife run her cafeteria, but we closed that down.  I don't have any hard and fast routines now. I'm trying to figure out my next move and in the meantime trying to promote my book: The Adventures of Jojo Smith

Tony can be found online at: