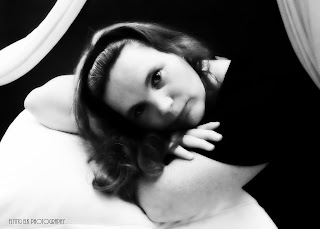 A.E. Hellstorm was born in Sweden, but spent several years of her youth in Portugal and Greece, before returning to Stockholm, her city of birth. As a young adult she took a diploma in Creative Writing, as well as a Master of Arts in Scientific Archaeology.

In 2005, she and her husband moved to Canada together with their cats, and have lived there ever since. In Canada she took a diploma in Arts and Cultural Management, and in Photography. She opened her photography business Flying Elk Photography in 2012.

In the Hands of the Unknown and Lost are her first published novels, but she has had a play, Marsvindar, staged at Rosenlundsteatern in Stockholm, Sweden, in 1992, and she has also participated in two anthologies: Karbunkel in 1994, and the 2014 Wyrdcon Companion Book.
Other than that she is a vivid roleplaying enthusiast, and she was deeply engaged in the Swedish larping community during the 1990’s and early 2000’s. In the year of 2000 she organized the Greek mythology-based larp The Song of Mycenae. When she doesn’t write she enjoys curling up in a recliner with a book and a large cup of tea.

Going Through That Door


Honestly, I don’t know if I ever chose to write horror, or if it was the horror stories that wanted to be told through me. Ever since I was a child I wanted to write and the stuff I made up back then was a lot about kidnappings and doppelganger cases and even post-apocalyptic dramas, but never really horror. Being a teenager during the 80’s meant that there was an abundance of pop culture coming at you from every angle, both in the form of literature, TV (anyone remember The Hulk?), and movies, and eventually even in magazines like Fangoria. This was also the time when it started to become accepted for adults to read comics, like The Sandman, John Constantine, and others. For a time I enjoyed Stephen King, but it annoyed me that he always had to make the endings ‘epic’. I liked watching horror movies and I saw, amongst others, Night of the Living Dead and Friday the 13th, but even though they were enjoyable they were too loud, too much. Then I saw A Nightmare on Elm Street and I was in love. I saw Alien and I loved it. The Exorcist. Hellraiser. The Fly. Eventually I realized that there was a theme. All of these movies has a slow pace. The building up is subtle. The characters are believable. The setting is very local. I think this must have been the start.

When I was accepted into a Creative Writing program in the beginning of the 90’s, I found that I was fascinated by the weird, the surrealistic, and that I liked to paint with words. Still, I didn’t have the patience. I never managed to finish anything, except for a couple of short stories and a play. I never really abandoned the writing, but there were other things that occupied my time, like trying to get myself an MA at the university, and larping. I had been introduced to larp (live action role playing) in the early 90’s and now I believe this was crucial for my writing in the way of character creation goes. During the early larp history in Sweden, character and story arc was key, and everyone created characters with depth, memories, relationships and history – and they came to life when we acted them. It was fascinating, captivating, and enchanting. Eventually I was also introduced to the darker, more horrifying works of RPG (role playing games) like KULT and Delta Green. This was the key. Suddenly stories and characters showed up in my head that wanted to have a voice and to be seen, that lived in a darker reality where staying sane is a fight.

I started to write In the Hands of the Unknown, and it was interesting how I managed to write it from page one all the way to the last page without jumping between chapters as I’ve always done before in my writing. I didn’t know the plot when I started. I didn’t know who Miriam was or where she came from. I didn’t know who Carl was or why he disliked Miriam so much. I didn’t know why Henry and Miriam was a couple or how he had been as a young man. They were all just there, craving to be seen. Eventually they told me their own personal stories, and some of them are horrifying, some of them are tragic, some of them are pitiful, but the main thing is that they all managed to survive what life put in their way and continue on. This is the main theme in the series about the Field Researchers; they never really give up. As long as they have something to fight for, they are going to fight for themselves and for the people they love.

Writing In the Hands of the Unknown was like driving a car blindfolded. All your senses were heightened, but you couldn’t see where you were going. Instead of knowing what was going to happen I was there on the ground together with Miriam, Carl and Henry, experiencing the events when they occurred. It was fascinating, mesmerizing, and I couldn’t get enough.

Eventually I held in my hands a story of the kind I’m always looking for in a book myself: a story with realistic characters that all have personal goals and drives and arcs, characters with flaws and strengths and personality, real people who try to do their best to survive a reality that isn’t always rosy and kind, but outright frightening and violent.

It is my hopes that people will feel for Miriam, Carl and Henry, even if they might not always like them, and that they will be touched by their efforts as the story drags them along.

Synopsis:
FBI-agent Miriam Goldblum attended the prestigious Western Shore University in her youth and got accepted into the secretive Golden Fleece Society after graduation. The Golden Fleece Society deals with the unnatural aspects of reality and as Miriam continues her career in the FBI she and her team gets thrown into cases no one else can handle.

During this sweltering July, the new case starts with the horrifying death of a young girl, and team C2 is soon treading a dance with unknown enemies that will end with nightmares coming true in a desolate village in Alaska.

While struggling with the relationships with on one hand Caesar; the principal investigator of team C2 and her fiancé, and Cyrus; her co-worker who always seems to look down at her, she also has to find ways to stay sane in a reality which not always is.

In the Hands of the Unknown is the first free-standing book about the Field Researchers. This book series is loosely based on the world created by H.P. Lovecraft.

Author's note: In the Hands of the Unknown contains graphic scenes of violence, including sexual violence.

Blood Lily by Jenny Allen
The Misadventures of Bob by Jaime Johnesee
A Jar of Fingers by C.L. Hernendez
A Coin for Charon by Dallas Mullican
The Human Condition by Mark Taylor
Spook Lights by Eden Royce
In the Hands of the Unknown A.E. Hellstrom
Winchester Over by Dave Lund
The Complex by J Rudolph
The Dead Song Legend by Jay Wilburn
Zombie and Chainsaws by Mike Evans
Flight of Destiny by Francis H Powell
Through a Mirror Darkly by Kevin Lucia
Awfully Apetizing by Leod D Fritz
Darkly Wood by Max Power
Family Reunion by P. Mark DeBryan

Have you read In The Hands of the Unknown?
https://www.amazon.com/dp/B00OQO1SFC
#2015HHAC #BookBoost

Email ThisBlogThis!Share to TwitterShare to FacebookShare to Pinterest
Labels: A. E. Hellstrom, Halloween Horror Author Countdown, in the hands of the unknown