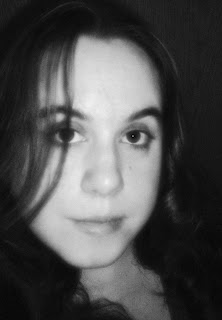 Rebecca Besser’s nonfiction children's article about skydiving, written for her writing course with the Institute of Children's Literature, was published by McGraw Hill for NY Assesments.

Rebecca Besser’s Undead Series will be published in 2015/2016. Her Undead Series includes, (the re-release of) Undead Drive-Thru, the sequel, Undead Regeneration, and the prequel, Undead Origins. Rebecca Besser is also an editor and has edited: Dark Dreams: Tales of Terror, Dead Worlds 7: Undead Stories, and Book of Cannibals 2: The Hunger from Living Dead Press; Earth's End from Wicked East Press; End of Days: An Apocalyptic Anthology (Vol. 4 & 5/co-edited) from Living Dead Press; and she co-edited Feast or Famine (a zombie anthology).

When Rebecca Besser is not busy writing and/or editing, she is formatting book covers, building/maintaining websites, and writing book reviews.

A.) 2007/2008 when I signed up for my writing course at the Institute of Children’s Literature.

A.) Time. I’m a wife and mother, and I work at home. Sometimes getting the time I need to just write is hard to find.

A.) Plot, characters, pacing…it all matters. There has to be an appropriate blend of each to make any story work successfully. You can’t actually say one element is more important than any of the others, because if you focus too much on one rather than having a balance of them all, your story won’t be as good.

A.)  I get up, take out the dog, get my son up and ready for school, take him to school, come home, and work/write (taking breaks to take the dog out and eat). Then I pick my son up from school in the afternoon, make sure he does his homework, and make supper. We all (hub, son, and I) sit down and eat supper together, then we settle to watch TV between showers before bed. So…I’m livin’ the family life. ;) 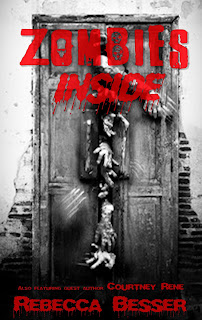 If zombies are what you crave, open the pages of this book for a wild ride! The 12 zombie short stories within (equaling over 64,000 words) will make you cringe, delight your imagination, and possibly even warm your heart . . . so the undead can feast upon it!

Be brave and see if you can survive the Zombies Inside!

Blood Lily by Jenny Allen
The Misadventures of Bob by Jaime Johnesee
A Jar of Fingers by C.L. Hernendez
A Coin for Charon by Dallas Mullican
The Human Condition by Mark Taylor
Spook Lights by Eden Royce
In the Hands of the Unknown A.E. Hellstrom
Winchester Over by Dave Lund
The Complex by J Rudolph
The Dead Song Legend by Jay Wilburn
Zombie and Chainsaws by Mike Evans
Flight of Destiny by Francis H Powell
Through a Mirror Darkly by Kevin Lucia
Awfully Apetizing by Leod D Fritz
Darkly Wood by Max Power
Family Reunion by P. Mark DeBryan
Cannibal House I by Shaun Adams
Zombies Inside by Rebecca Besser