Are dreams made of jello or of blackened hearts? What are the four shadows? From a career defined by darkness comes the unexplained, the unbelievable and the shocking.

Mark Taylor’s Strange is a collection of six. Six tales of woe, six tales of terror, six layers of hate. But more, so much more, they are the answers in the darkness, the shades no longer grey...or are they?

Within the trials of Networking and the totalitarian Total Entertainment are the terrifying consequences of technology, and Eternal Light sees the world extinct.  Inside and Elizabeth toy with the mind, and that just leaves Dead Game where you might like what you find.

“Welcome to the Consternation Lounge.”

The calm, soothing voice of the Company echoed along the corridor as the door slid open silently. Massi looked to the ceiling as he listened to it. It was supposed to be a woman, but it was a machine. You could tell.

On the other side of the door a woman waited. She was real, he surmised. She was wearing a slim close-fitting trouser suit, her blond hair tied in a tight bunch at the back of her head. “Mr. Rubens?” She asked, smiling pleasantly, but she knew exactly who he was.

“Yes.” He returned the smile.

“Is this your first time?” The woman stepped forward and held out her hand to show him the way. She couldn’t touch him. That wasn’t allowed. Massi nodded and let her guide him. She led him across the shiny metal floor of the suite—perfectly smooth—his bare feet padding on the warm surface, to the single reclined booth. “There’s nothing to worry about. Have you experienced any of Absorption Entertainment’s catalogue?”

He eyed the booth nervously. “Yeah. ‘Bout two years back I tried one of the Darcy line. The booth looked different to this though.”

“Yes,” the woman nodded, “with each scenario the expected physical reaction is different. Darcy is a much mellower journey.”

“So, what will happen this time?”

“Oh, there really is nothing to worry about.” She gestured to the seat in the booth, “Please. I’ll set up the Experience.”

Massi pushed his doubts aside and slid into the booth, sitting back. This was too expensive to change your mind at the last minute. And besides, it was Absorption Entertainment. The last entertainment company left.

“Now,” she said, “as you have done this before do you want me to run through the procedures?” When he shook his head she continued. “When the play begins your vision will be altered, but not be too disoriented by it. If the last time you rented an Experience was two years ago, you should notice the wonder of the new Integrated Cerebral Platform,” She looked him in the eyes—she was attractive enough that he could have been aroused by her doing so, but she was staring deep beyond his face—looking into him.

“How long will it last?” he asked.

“Around two hours.” She smiled and tilted her head to the side like an air stewardess pandering to a frightened flier.

Then she was gone.

Massi had blinked from one reality to another.

The area smelled wretched. He couldn’t tell when or where he was, but the soft ground was covered in slicks of oil and grime. It looked like the pictures he had seen from the war. From within the darkness came a shuffling of feet…a mutter…followed by several moans.

The woman watched Massi’s vitals as he sank into The Experience, his fingers curling unconsciously around the arms of the booth. She slipped her hand into the Communications Imprint Device, the CIm-Dev, and interfaced with AI. “Client Rubens 4071 is in play.” A holographic countdown coagulated into being above Massi’s twitching body. It read 01:58:15.

She would return when his story was finished. 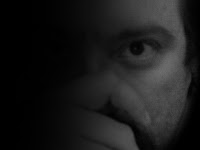 Mark Taylor's debut novel crash landed on planet earth in 2013. Its dark brooding style benchmarked his writing and has led to further releases of novel and short story collection alike.

While most of Mark's work is macabre, occasion has it that he will write about kittens and daisies. Just not very often.