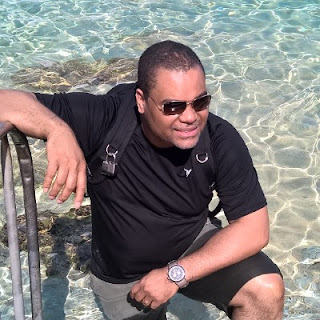 James H. Roby III was born in Detroit, MI.  After attending Cass Technical High School, he went to Michigan State University.  While there, he enrolled in Air Force ROTC.  Upon graduation, he was commissioned a Second Lieutenant.

James was one of sixteen lieutenants hand selected to be the initial cadre of ‘Gold Bar’ Recruiters.  After completing this assignment, he went to Vandenberg Air Force Base for training as a Missile Launch Officer.  Training complete, he was assigned to Minot Air Force Base where he spent four years, three months, twenty-three days, seventeen hours as a missileer in the 91st Missile Wing.  Before leaving, he earned his Masters’ degree from Central Michigan University. While there James started his first novel, Past Debts.

After Minot, he was an instructor at the University of South Alabama.  While there, he expanded his role to include teaching at the University of West Florida.  This tour of duty was followed by a remote assignment at Clear Air Station in Alaska. James completed his military service at Peterson Air Force Base.  After ‘wandering the wilderness’ of civilian employment, he finally landed at Aon.

The novels that would be the UrbanKnights almost never came about.  It was only after a spouse of one of his fellow instructor got a hold of an incomplete Past Debts that James was inspired to continuing writing.  The UrbanKnights reflect some of James’ loves – classic movie detectives, James Bond, and of course, Detroit.

When he isn’t foiling crimes through his character, Jordan Noble, James is involved with his family; his wife Alicia and his other ladies – his mother, sister and niece back home in Detroit.  A true child of his generation, late nights will find him taking down enemies of every stripe on his Xbox.  While at lunch, his nose can be found in between the pages of the works of Tom Clancy, Vince Flynn, Dashiell Hammett, Ian Fleming, or Walter Mosley.

James has done his share of traveling.  He’s been to World Cities like London and Toronto, seen three icebergs come together 500 miles above the Arctic Circle, and watched dolphins play in the Caribbean.  Still, no matter what, even when he’s not in Detroit, Detroit is in him.

1.) When did you first get serious about writing?
A.) Seriously is such a strong word…I been writing since high school.  I first made the stab at serious writing, meaning getting published was back in the 90s.  The company I went through for self-publishing turned out to be a ‘vanity publisher.  I then refocused – write my latest novel, Pale Horse and really got serious.  This was probably five years ago.  I did all the legal things and got plugged into the community – especially online.  I got involved with Nanowrimo and attended writing workshops.  For me, getting out of living room and meeting other writers, helps center me.  It’s comforting to know that other people are out there creating world and facing the same pitfalls as me.

2.) What is the hardest part for you about writing?
A.) The actually writing part – would be finding time.  Working full time, family and other things makes it so easy to put off writing.  It is, however worth the effort and for the last couple of years, I’ve been making a greater effort to find time to write.  I credit my writing group, Writers @ Work, for that.  When you get feedback, bad or good, it pushes you to get back in the chair and bang out that next chapter.
Now, the publishing part – that I hate.  All of it.

3.) How did you feel upon publication of your first completed project?
A.) At the time I was over the moon.  It was a copy of my book, with a cover and everything!  Over the years, I’ve looked back and have seen all the errors I’d made.  If nothing else this has taught me the value of good editing.  If you aren’t in a writers’ group or don’t have an editor, you owe it to yourself to do one or the other.  Or both if you can afford it.

4.) What is more important to you, story, or character? Why?
A.) Character.  Why?  I look at the wasteland that primetime television has become and realize the only we watch it is because we like the character.  Seriously, more than once I’ve figured out whodunit before the first commercial break.  Not because I’m so smart (don’t tell my wife) but because so many of the plots are just retreads of some other show.  Movies and in some cases novels commit this sins as well.

Pales Horse - Jordan Noble left the insidious world of global espionage behind and vowed never to return. Now home in the mean streets of Detroit, he forms the UrbanKnight Detective Agency and tackles the crimes everyone else is afraid to touch. Just when things appear to be going perfectly, Noble’s former commander returns with a mission so dangerous, refusal means the death of millions.
International illegal arms dealer, Saif Al-Matwalli is captured by an elite military team. Unknowingly infected with a deadly disease by the CIA, Al-Matwalli executes a daring escape across two continents, ending in the concrete jungle of the Motor City. Disaster looms as time is running out before Al-Mattwalli unleashes a plague of biblical proportions. The government task force deployed hasn’t the first clue where to find Al-Matwalli. They need Noble and his team with its matchless knowledge of the city to ferret out Al-Matwalli and defuse the impending crisis. Now, with no other choice, Noble returns to the devil he knows to stop the one who could kill them all. Will Jordan Noble be able to stop this rider on a Pale Horse?

James maintains a website at jamesroby.net
Posted by Richard Schiver