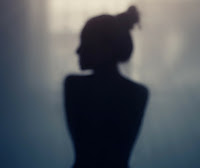 Luna Saint Claire is a costume designer and author residing in Los Angeles with her husband, a philosophy professor. She loves blues rock and Indie music, often setting her Pandora station to Damien Rice. Her personal style can best be described as eclectic bohemian. Though she now enjoys running and yoga, she spent years of her youth in the ballet studio. Her part Native American heritage informs her work as a designer and influences her storytelling.

Click on image for more info or to order

Vampires are real. Not the kind with blood and fangs, but rather emotional vampires—the ones who use manipulation and compulsion to seduce. Charming and magnetic, they appear to be perfect—the answer to your prayers. Truth is, they have targeted you.

As arousing as 50 Shades, twisted as Gone Girl, and tortured as Wuthering Heights.

Luna Saint Claire has a loving husband and an enviable career as a Hollywood costume designer. Still, something is gnawing at her. Bored with her conventional and circumscribed existence, she feels herself becoming invisible. When she meets Nico Romero, a charismatic yoga guru, his attentions awaken her passions and desires. Dangerous, but not in a way that scares her, he makes her feel as if anything is possible. Infatuated, she becomes entangled in Nico’s life as he uses his mesmerizing sexuality to manipulate everyone around him in his pursuit of women, wealth, and celebrity.

Compelling…a gripping masterful account of the seductive manipulations of a sociopath.

“She realized in an instant that being around him awakened her, stirring the sediment that had long ago settled at the bottom of her well. He made her feel a part of him—of something larger, and somehow more alive.”