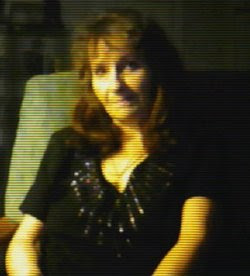 Author of more than 60 books on Amazon, Mosiman is a thriller, suspense, and horror novelist, a short fiction writer, and a lover of words. In a diary when she was thirteen years old she wrote, "I want to grow up to be a writer." Her books have been published since 1984 and two of them received an Edgar Award Nomination for best novel and a Bram Stoker Award Nomination for most superior novel. In 2014 THE GREY MATTER received a Nomination for the Kindle Book Award. She has been a regular contributor to a myriad of anthologies and magazines, with more than 200 short stories published. Her work has been in such diverse publications as Horror Show Magazine and Ellery Queen's Mystery Magazine. She taught writing for Writer's Digest and for AOL online, and gave writing workshops locally in Texas. She was an assistant editor at a Houston literary magazine and co-edited several trade paperback anthologies with Martin Greenberg. Her latest work in paperback and Kindle digital is SINISTER-Tales of Dread 2013, a compilation of fourteen new short stories. In December 2014 SINISTER-Tales of Dread 2014 debuted, with 13 new stories.

Mosiman was born in Alabama and lives now in Texas on a small ranch.

Her work has been predominately suspense thrillers, with her short fiction being more speculative.

She says of her hobbies, "I love to read (especially on my Kindle), watch old movies, take photographs, and travel."

News of her e-book publications can be found at: http://peculiarwriter.blogspot.com/
Her Facebook page is: http://www.facebook.com/billie.s.mosiman
Find her on Twitter @billiemosiman

Synopsis: The mountains of DeKalb County, Alabama were majestic, tranquil, inspiring and isolated. Just the type of place a man like John Grey would choose to call home. A land where he was king of all he surveyed. A land where he could be God himself, if he chose to be. Until those kids moved into the cabin below the ridge.

It had been perfect at first for the four young people. Friends since their broken childhoods, now they stood together at the threshold of adulthood. They were a family by choice, not by nature. When supplies dwindled and society failed, so did the rules of civilization and the mountain closed in. Not all predators walk on four legs.

THE GREY MATTER is a novel of white-hot suspense where life is unpredictable and survival is paramount. Who is a friend and who's the enemy?

Synopsis: Women write horror and have written it since before Mary Shelley wrote FRANKENSTEIN. This anthology is to highlight the fact women write great horror and to kill the fallacy that they aren't in some way up to standard. They are. Read here stories by Elizabeth Massie, Nina Kiriki Hoffman, Lucy Taylor, and a plethora of other great writers as they work on your nerves, get inside your head, and bang out some of the scariest tales written today. I'm proud to present these women for your consideration, as Rod Serling might say, as I ask you to step into FRIGHT MARE. Lock the door and windows, put on a light, and remember, it's not real. It's not real. Midnight awaits, monsters scheme to take you away, the strange and weird wait in the shadows, but it's not real. Is it?

Edited by Billie Sue Mosiman, the author who brought you the SINISTER-TALES OF DREAD collections and her latest suspense novel, THE GREY MATTER.
Posted by Richard Schiver