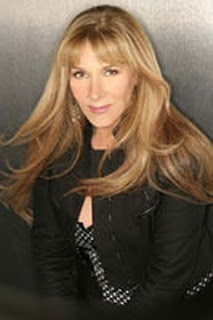 New York Times and USA Today best selling author, Heather Graham was born somewhere in Europe and kidnapped by gypsies when she was a small child. She went on to join the Romanian circus as a trapeze artist and lion tamer. When the circus came to South Florida, she stayed, discovering that she preferred to be a shark and gator trainer.

Heather is the child of Scottish and Irish immigrants who met and married in Chicago, and moved to South Florida, where she has spent her life. (She has, at least, been to the Russian circus in Moscow, where she wished she was one of the incredibly talented and coordinated trapeze artists.) She majored in theater arts at the University of South Florida. After a stint of several years in dinner theater, back-up vocals, and bartending, she stayed home after the birth of her third child and began to write. Her first book was with Dell, and since then, she has written over one hundred and fifty novels and novellas including category, suspense, historical romance, vampire fiction, time travel, occult, horror, and Christmas family fare.

Synopsis: A woman named Maria Gomez is murdered in Miami, apparently by her husband—who'd been presumed dead, slain by a crime boss. FBI agent Brett Cody can't believe it; dead or alive, the man had loved his wife. He also can't help feeling guilty, since he was responsible for protecting Miguel and Maria Gomez.

A few miles away, Lara Mayhew has just begun working at a dolphin research facility. She loves her new job—until a dolphin brings her something unexpected from the deep. A human hand. More body parts show up, and when Brett looks into the situation, he discovers that the dismembered corpse is Miguel's.

Soon, rumors of crazed zombies abound in the Miami media, and the Krewe of Hunters, an elite FBI unit of paranormal investigators, is called in. Brett and Lara find themselves working with the Krewe—and working closely together. An elderly crime boss who's losing his memory seems to be key to solving this case, but…there's no motive. Unless Brett and Lara can uncover one in the Miami underworld. And that means they have to protect themselves. And each other.

Synopsis: Devin Lyle and Craig Rockwell are back, this time to a haunted castle in Ireland where a banshee may have gone wild ----- or maybe there's a much more rational explanation ----- one that involves a disgruntled heir, murder, and mayhem, all with that sexy light touch Heather Graham has turned into her trademark style.
Posted by Richard Schiver