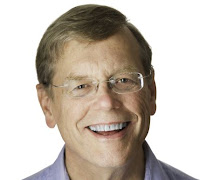 Born in 1946, I grew up in Arlington, Massachusetts. I attended Bates College in Lewiston, Maine, majoring in English literature. During my junior year, I studied English Literature at Oxford University and travelled in Europe.

After graduating in 1968, I enlisted in the Air Force one step ahead of my draft board's kind invitation to join the army and travel to Vietnam. I married Susan, my high school girlfriend, during leave between tech school and my posting to the Philippines at Clark Air Base.

Discharged from the military in 1972, I was hired by Liberty Mutual Insurance to attend their three-month computer training course. I learned later that the major reason I was hired was my writing and communications background. An English degree can be a valuable asset!

After 35 years in information technology, I retired from Massachusetts Financial Services in the spring of 2012.

My wife and I moved north of Boston in 1974. Our daughter lives in Ireland with her husband. Our son and his wife are pediatricians working in Rhode Island. We have four grandchildren.

Although I began writing in high school, I became serious at Bates College. I wrote a creative writing thesis in my senior year about my experiences travelling in Europe during my junior year studying at Oxford University.

Once I started working and raising a family. I lost a lot of my impetus to write. I took writing classes at Continuing Education centers and wrote short stories, but never sent them out to magazines. I eventually competed a novel after working on it off for 25 years! Again, I never sent it out.

When I decided to retire, I told myself I had to be more disciplined if I ever wanted to be a published author. I didn’t want to be on my deathbed thinking, “I could have been a published writer if I’d only worked at it with everything I had.”

The hardest part is the first draft. I’m always disappointed after writing new material. Only when I go over it 2 or 3 days later, do I begin to see the possibilities and realize that the writing isn’t nearly as bad as I thought it was.  I love editing and cutting out all the junk that tries to hide in the corners of paragraphs and sentences. A book is always improved by being shorter.

The hardest part of being an author is the marketing process. So hard to determine the effectiveness of everything one does. I never feel I have done all I should.

Synopsis:
1950s Montreal. A young woman from a working class, Catholic-Jewish family blindly falls in love with a handsome, wealthy, Jewish orthodox man. The courtship is a romantic dream, but class, religion and sexual secrets test their love, leading to a shocking, life-changing revelation.

"A bittersweet story of love and loss set in one of the most colorful cities on the planet in its film-noirish heyday." - Peter Behrens, author of Law of Dreams and The O'Briens
3.) How did you feel upon publication of your first completed project?

I felt disbelief, joy, relief, and optimism. The disbelief that I’d finally accomplished my live-long goal of publishing a novel; the joy of holding the first copy of the book in my hands; relief that all the hard work had not been in vain; and optimistic that this book would blow everyone’s socks off. I’m still working on that last emotion.

Character is the most important ingredient for me in fiction. If the story or plot is lacking in some regard, I still enjoy reading it if the characters engage me. On the other hand, if the story is top notch, but the characters are unreal, the story usually fails for me.

When I sit down to write, I often imagine that I am going to visit friends (the characters in my novel) and spend the day with them. At first I will take charge of the visit to get things started, but eventually they exert their influence and I am content to become an observer. As I write, I watch them acting out the scene and listen to what they say. I often feel the ideas go from my subconscious directly onto the page. Things happen that I never imagined. The characters may begin to act out one of my own experiences. They say things I wish I had said at the time. While in this semi-unconscious zone, I let them do what they want and only rein them in when they risk going off the plot’s cliff.

Generally I try to leave the house at 9:30 and go to a local coffee house or café. I will write the first draft of the next section of my novel for about 2 - 3 hours; then I will edit previously written material for 2 hours; then I check email and catch up on some marketing for 1 – 2 hours. By this time, my brain is exhausted and all I want to do is take a nap or read before dinner. Usually I watch the news or a movie at the end of the day.