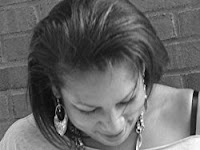 A devoted fan of fantasy literature since age eight, Joss dreamed of being able to create her own magic and did so for sixteen years as a graphic designer.

However, the desire to follow in the footsteps of her childhood hero, Susan Cooper, never left her and, in her greatest act of rebellion, she pursued and received an MFA in Creative Writing from American University.

Though she stopped “screwing around” and eventually “got a real job”, she never stopped writing, intuitively comprehending that she would never be happy if writing didn’t play a major role in her life. Luckily, she joined RWA in 2004, a move that happily confirmed that being a writer is an affliction from which there is no cure, at least there isn’t Joss’s case.

Today, from her basement office in the ghetto in New Haven, Connecticut, she writes emotionally-driven urban fantasies that explore questions about love, family and self amidst bizarre creatures, odd goings on and the end of the world

A world born of merged realities, turbulent and jagged and overrun with monsters...a woman infected with unruly magic, unknowingly using her soul to find love...

Without warning, the magical realms of dreams and nightmares collapsed upon us, shredding our safe existence. A violent civil war erupted between a ruthless queen seeking revenge and a dark prince collecting power, leaving a broken world of stunted magic, fantastical creatures, chaos, and a drug called Undertow.
​
Dragon was sold by her mother to a shady clinic that altered her, leaving her mostly human and able to fix the flaws in people. Her “gift” infuses her with life-changing confidence as well as an unnatural euphoria…but also is literally killing her, slicing her soul bit by bit to nourish her fixes. Worse, the power fueling these transformations appears to be overtaking Dragon's body, turning her thoughts and actions towards savagery and murder.
​
When she meets Fel, a banished fae warrior suffering from PTSD, she’s instantly drawn to him, the one man who doesn’t need her to fix him. Is it his addiction to Undertow, or is it something else? Whatever the answer, Dragon dives right into a steamy affair—love optional…or so she thinks.

But all is not what it seems with Dragon’s adoptive family. When she chooses Fel, the love and acceptance she’s found in this patchwork household is threatened, unleashing a devastating secret that could deliver Dragon into the hands of the two most powerful and deadly creatures in the world…
Posted by Richard Schiver