We've all heard the expression, "best laid plans," well that about sums up my plans for this years Halloween Horror Author Countdown. I wanted to devote this years countdown to new writers in the horror genre, those with only one release to their name. As usual I became sidetracked by my own writing and before I knew it October had snuck up on me. So without further adieu let's kick this year's countdown off, a day later than planned.

You know what else they say, "better late than never." One last note, there will be no giveaway this year. But I would appreciate it if everyone would share these posts with their friends on Facebook, Twitter, Goggle +, and beyond. Let's all get together and help spread the word for these new writers.

Permit me to introduce Cazandra Roodt, and her short novelette Angles in Purgatory

"In disbelief I gaped at myself lying on the ground, and saw a smile curving on my lips, my hand reaching out to myself, and I moved forward to take my hand, and just when I grabbed it, everything became black and silent, and there was nothing... we died together." In this moment Zahara's life changed forever. With a Guardian Angel by her side, this was the start of her gruesome encounters with a lost one and her frightening meetings with a dark one. 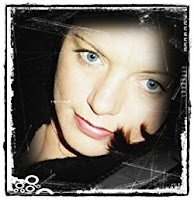 Hi. First off, I have the utmost respect for people who can tell a story in a captivating and elegant way. So much so that I do not see myself as a writer, and the fact that I wrote a short story doesn't necessarily make me one. I am a baker, and I remember making my first novelty cake. I felt dumb and sometimes like I am grasping at straws in the dark, that one cake did not make me a baker. Now a few years later, I am comfortable with baking, and I make a living out of it. I work from home, which left me with time on hand to pursue this dream of telling a story.

I was chewing on ideas for quite a while, and then the thought popped into my head. I had my first character and from there it grew into a few characters. They started interacting, and soon got woven into a story I wanted to tell. Its kind of like adding ingredients, first the butter, then eggs, flour and flavours, patiently baking it to perfection. Except there is no recipe to follow.
So, here I am, a first time writer, hoping to be half as good as the writers here. Thank you for joining me on my journey. I expected it to be one short book, but the idea grew into a series of books, which left me with loads to play with.
Posted by Richard Schiver