Take a peek at the dark side of Rock in Mark Taylor's, Rise of Valor.


Synopsis:
Diane plays guitar. She plays it well. When the guitarist of sensational local rock group, Split Horizon, goes solo, she sees her opportunity to play in a band. The band.

A gripping drama, Rise of Valor demonstrates that having great talent is not enough in the turbulent world of rock. 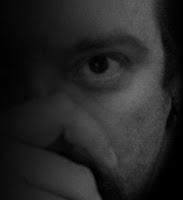 Mark Taylor's debut novel crash landed on planet earth in 2013. Its dark brooding style benchmarked his writing and has led to further releases of novel and short story collection alike.

While most of Mark's work is macabre, occasion has it that he will write about kittens and daisies. Just not very often.

Whichever it is he works happily, portraying dark existences on this planet and others. He relays his fears and doubts on his characters, so always has a smile. If Mark is real, as some say he is, you might find him in England.