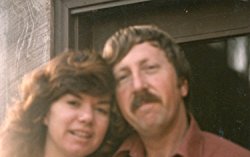 AR Simmons was born in Chicago, but grew up in the Missouri Ozarks. He lived on a gravel road and attended a one-room school through the eighth grade. His parents were factory workers, but the family worked a subsistence farm on land cleared from the native forest by his grandfather.

The first small step from the insular rural life came when attended the high school in town where each class numbered around 500. Following graduation, he was a carpenter and factory worker until he became a soldier. A tour of duty in the Far East revealed a world far different from his own. His military days literally acquainted him with his country’s racial, ethnic, and cultural makeup and changed forever his concept of “American.”

The GI Bill financed his entire college career. After declaring and rejecting majors in Business (lacked interest) and Art (passably talented, but color blind), he settled on History, in which he obtained BA and MA degrees. Passing up a doctoral program (he was 27, married, and had no job), he took a public school teaching position "until something better came along." He discovered, to his amazement, that the calling suited him. Thirty years of teaching in a hill school immersed him in the contemporary Ozark culture, the setting of his stories.

After a brief flirtation with science fiction short stories, but gravitated to the mystery/suspense novels which he now writes exclusively. In 2003, he began serializing his novels on-line. In 2013, he published the first of his Richard Carter novels as an e-book. As of 2016, there are ten books in the series.

Today, he and his wife live on the Ozark farm his grandfather settled. His roots (four generations deep) are in the Ozarks. Using the culture, language, and mores of this "Bible Belt" region, he writes culturally immersive stories of obsession set amidst the small-town and rural life that he knows and loves.

A.)   I took myself seriously as a writer after I gutted my first “complete” novel. “Gutted” is only a slight exaggeration. It was major surgery requiring the excision of sixty per cent of the story and reconstruction of the rest. That was only the craft. It’s necessary, but the art is the thing. When I found that I had created a world and people that I care enough about to dream of, I thought, “I can do this. I want to do this.”

That was a dozen years ago.

A.)  It was the grammar at first. Ten novels and uncounted edits have alleviated that. Now, the hardest part is handling back story without becoming tiresome. I write a series of mystery/suspense stories, but each must be a completely “stand alone” story. I learned to use dialogue so that a character could reveal himself and his past without my inundation of the reader with naration. I think naration is a seasoning that should be used sparingly.

Ex-marine Richard Carter's obsession and fear lead him to commit an insane act. The resulting campaign of physical intimidation and psychological terror throws intelligent but vulnerable young Jill Belbenoit into a nightmare world that may or may not be exactly as it appears. The climax will make you check the locks before going to bed.

A.)  Satisfied and yet worried that I could have done more tweaking. I worried about how it would be received, or if anyone would give it a read. To any of you thinking about publishing, I say, "Run it up the flag pole and see if anyone salutes."

A.) I have to make a choice? That’s like asking which leg I could most easily do without. Let’s see. Without characters, the story is nothing. It is only a plot outline or story board. Without a story, the characters are only sketches. They are stills in a moving world. However, I must make a choice. So I pick characters. They give you the “who” and “why.” The story gives you the “what,” the “when,” and the “why” perhaps, but to be real, a story must have characters that become actual people for us, people we care about.

A.)   I wake up with thanks for a new day. I put on coffee and take the dogs out. Over coffee and dark chocolate, I check email and social media—maybe play a hashtag game. Then I use the quiet time (from four until eight) to write and edit. When my wife rises, we have coffee and talk while watching the news. Then (we recently retired) we plot the day together. It may include yard and garden work, carpentry, just talking, family business (three children and six grandchildren), or a road trip in the Ozarks. She is my "running buddy" and constant companion as well as first editor, illustrator, and muse.
Posted by Richard Schiver