For January I'm giving away one personally autographed print copy of Adversary. 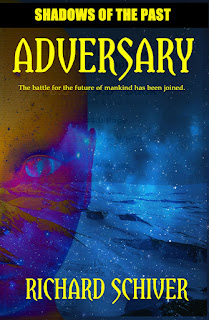 They have watched from the shadows since the dawn of time.
Jealous gods who once ruled a young planet.
Seeking a return to their former glory.
Only one man stands in their way.

What began as a routine murder investigation snowballs into a fight to the death when homicide detective Sam Hardin is drawn into a battle between good and evil. He must come to terms with his own guilt if he hopes to save his son from an otherworldly being bent on the annihilation of mankind.

But first he must learn to love his son, and quit blaming him for the death of his wife. Four years earlier Sam and his pregnant wife walked into the middle of an armed robbery. When the smoke cleared she lay dying on the cold tile floor. At the hospital the doctors were presented with only one option, save the child.

Partially disabled Vietnam vet Jack Griffith has been counting down his final days as the cancer, compliments of his service in South East Asia, slowly consumes his body. Called upon to clear a clogged storm drain,he is stabbed by a dagger that had been stolen to repay a gambling debt. With his lifeblood flowing into the waters of the storm drain, surrounded by rats, he is given another chance at life when an alien presence invades his body.

But at what cost?

Jack surrenders everything that once made him human as he becomes a host to this alien life form. He is driven to search out the only one who can stand in the way of their return. An ancient god who appears in the guise of Sam's brain damaged four-year-old son, whose disturbing gaze holds the secrets of life and death, a child capable of closing the conduit to the past forever.

In the final battle, among the snow-covered peaks on the outskirts of a small mountain town, the fate of mankind hangs in the balance as Sam and Jack go head to head in a fight to the death. Only one will emerge victorious.

Will mankind awaken to new masters?
Or will good prevail? 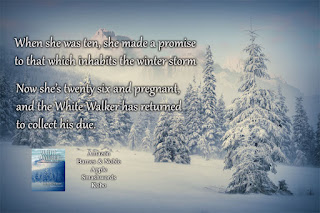 Give me my FREE BOOK