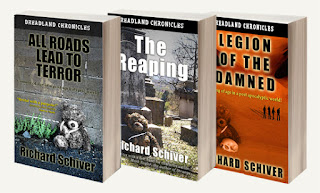 I see you sitting there all cozy and warm, maybe sipping a hot cup of tea, snug in your robe or pajama. Or maybe you’re at work, taking a few moments to pop online to see what’s going on in the world beyond the walls of your office. Wherever you are maybe it’s day, or it could be night, but there is light to see by. Light produces shadows that gather at  the corners of our well lit world. Holding close their secrets of a time and place where dreams can become reality and nightmare creatures slither at will through the ebony night.

Did you hear that?

Did you know they hide in the shadows?

You know, the creatures of the night. Don’t worry though, they’re probably not interested in you. They go for less fortunate fare, it’s been said misfortune builds character, it also makes the meat tasty. As if a daily dose of misery adds the same flavoring as putting A-1 sauce on your steak.

Of course in the shadows the creatures of the night can operate a little more freely. Haven’t you ever wondered why most horror stories take place in abandoned or run down locations? They need the shadows to feed and those who inhabit the shadows, the less fortunate souls who live far from the public’s eye, are their prime rib. If a child goes missing in the tenements, or even an entire family, who’s gonna miss them?

Where do we find these places? To the East where man has lived the longest. Where legends and old wives tales have taken on the flesh of reality, fed by the beliefs of those who have lived in these settled areas the longest. We leave our imprint upon everything we touch. All of our beliefs, our fears, our dreams of what could be. Our nightmares, especially our nightmares, as they contain the most power.

When the settlers first arrived on these shores they were greeted by tribes of primitives who in most cases extended  a welcoming hand. They guided these new settlers, showing them the best places to hunt, pointing out what plants could be eaten and what should be avoided. They also warned them away from those shadowy places where the spirits of the dead gathered.

But would they listen? Of course not.

Secure in their superiority over these primitive people they built where they were warned not to, and reaped the rewards of doing so. Awakening those creatures of the night that fed upon the bounty provided. Remember the lost colony of Roanoke? I wonder if maybe one of those backward primitives didn’t warn the builders about putting a settlement there.

So what would happen if society suddenly crumbled and the world became an even more dangerous place. A world where it was every man for himself and few, if any at all, were looking out for the less fortunate members of our society. Unrestrained these creatures would emerge to feed at will. No longer restricted to the shadowy basements of crumbling tenement buildings.

For some survivors, these creatures would become gods. 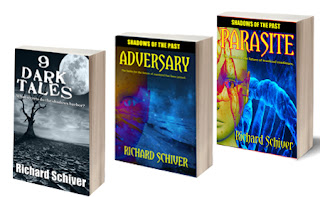