Parasite: Shadows of the Past Book II

There is only room for one at the top of the food chain! 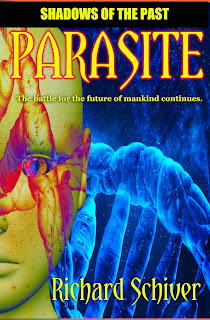 They have watched from the shadows since the dawn of time.


Jealous gods who once ruled a young planet.


Seeking a return to their former glory.


Only one man stands in their way.

Life is persistent. It can survive in the most hostile of environments, emerging in the most unlikely places, upsetting that delicate balance between predator and prey.

They’ve awakened from an ageless sleep. Quietly taking over the world one household at a time. Moving in the dead of night as they replace those smiling neighbors across the street with an unholy union of man and beast.

They’ve waited eons to reclaim this world as their own, and when the balance of power tilts in their favor, the feeding will begin. Until that time they make every effort to remain hidden from view, relying on man’s ignorance of the true nature of the cosmos to mask their movements as their influence spreads.

Only one man stands in their way.

Sam Hardin defeated them in the past, or so he thought, for what should have died in the fire at his cabin didn’t. After losing his wife and daughter to this creature's vengeance, Sam shoulders his role of executioner, and with his son at his side sets, out to conduct a war against this growing menace.

There is only room for one at the top of the food chain.

His decision made, he pulled himself up the steps with the pistol heavy in his hand. His father had taught him earlier that year to shoot, while his mom had been away at her sister’s. She never would have agreed to such a thing had it been proposed so he and his father had kept it as a secret between them. Another of the many secrets fathers and sons normally kept from mothers and wives.

Stepping into the back yard, Anthony scanned the forest for any sign of Randy’s approach. He heard footsteps in the leaves covering the forest floor and he waited, watching that section of trees the sound seemed to be originating from.

Randy came into view, followed by Dave, and Anthony had a moment to take a closer look at the bully who’d made his life a living hell. On one side of his head, a bulge protruded from beneath his long hair, giving him a lopsided appearance. His clothes were covered with a black substance that took Anthony several moments to identify as dried blood. Dark trails traced lines from each of his ears, across his top lip, under his nose, and from each corner of his mouth.

That crunch he’d heard had to have been Randy’s skull shattering. That realization awakened a cold ball of fear in the pit of his stomach. If he could come back from such a fall what chance did bullets have against him?

“Don’t come any closer,” Anthony shouted as he took a shooter’s stance. His feet shoulder-width apart, toes aimed at the target with his knees slightly bent, leaning forward at the waist to ride out the recoil and keep his balance while firing. He held the pistol in both hands, his right wrapped around the handle with his trigger finger pointing straight out along the barrel.

Never put your finger on the trigger until you’re ready to fire, his father’s voice whispered in his mind. His left hand cupped his right hand, adding stability, as the loaded gun weighed nearly eight pounds.

Randy stopped for a moment and looked at him. As their eyes locked, Anthony realized it was no longer Randy. He was there, yes, but something else inhabited his body as well, something associated with the strange animal that sat along the tree line watching the events unfold.

Anthony wrapped his finger around the trigger and gently squeezed. The gun bucked in his hand as the sound of the shot shattered the stillness of the forest with a sharp report that rolled away like thunder.

He fired again, riding the recoil like his father had shown him, letting the muzzle of the pistol rise up before bringing it back down on his target.

His third shot sent a plume of dirt into the air directly in front of Randy, who hesitated for a moment before taking another step.

The fourth shot found its mark.

At distances over fifty yards, the effectiveness of a forty-five slug is greatly diminished. Within that range, its stopping power is legendary. Randy was only thirty yards away.

The blunt-nosed slug slammed into Randy’s left knee, shattering it on impact with the bone, the resulting shrapnel slicing through tendon and muscle and flesh. The force of the impact nearly bent his leg backwards at an impossible angle, and Randy dropped to the ground as the animal that had been watching from the edge of the forest started running around in frenzied circles, acting as if it too had been hit.

Strangely, though, Randy never made a sound as he hit the ground. The only sound was that of the gunshot vanishing into the distance like thunder rolling across the silent forest.

Grab a copy today at any of these online retailers.

While you're here don't forget to sign up to be notified of my updates and new releases and get a free copy of my novel White Walker for your trouble. All I need is your email address and I promise I won't sell your info to any third parties or bug you with unnecessary emails. 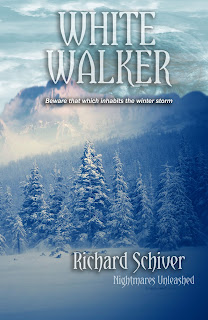