Being true to your character.

I've said it before, and I'll say it again. When it comes to horror fiction I'm the type of reader who challenges the writer to show me the gore, without showing me the gore. I don't need blood splattered walls, or the F word used in place of  every other word to get the point across.

Yet my most recent release portrays a group of twenty somethings who come face to face with their worst nightmare. Opening with a woman being struck by the vehicle they're in when she stumbles into the road in front of them. Their response is typical, in my mind, of a group of young adults placed in a similar situation with the word in question being bandied about quite freely.


In my day job I deal with a wide cross section of the public, in both gender and age, and one thing I've noticed is that word does not carry the weight it once did. I know I'm old fashioned in that respect. Hell, I'm old period.

When I was growing up the word in question was the nuclear option in any argument, guaranteed to shut down your opponent instantly. Of course once it came out, there was no taking it back, and you can bet when your parents found out you had dared to utter such a nasty sentiment, you were in deep trouble

And they always found out, usually through the parental grapevine. Little Johnny would overhear his older brother talking about it, and he would dutifully report his findings to his parents, who would call your parents to let them know how foul mouthed their loving child was when they weren't around.

From my experience young parents use that word freely around their own children. Shrugging indifferently when the child parrots it back. Which leads us to a whole discussion on  society in general and the direction we're headed,  but that's a subject for another time and place.

Back to the point I'm trying to make here.

Sometimes, to be true to our characters, writers have to step outside their own comfort zone.  I could have used any number of other words to get the story across.  But none of them would have come close to portraying the characters I saw in my mind when I first wrote the scene.  While some readers may dislike the dialog, that's the chance I'm willing to take to be true to my character.

The work in question is Enter Night, in case you're curious enough to take a peek. 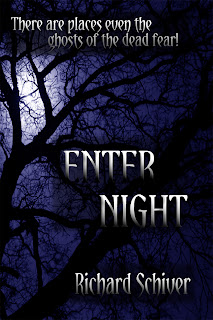