The American Civil War, also known as the War Between the States was fought from 1861 until 1865 and has earned the title as the deadliest war in American history, resulting in an estimated 750,000 deaths. Sparked by the secession of seven southern states that effectively split the country in half, hostilities erupted on battlefields whose names will be forever remembered. Bull Run, Shiloh, Antietam, and of course the most famous of all, Gettysburg where you will find Devils Den at the base of Little Round Top on the opposite end of the Valley of Death. Three days of fierce fighting resulted in over 7,000 deaths between both armies. Imagine that, in a seventy two hour period over 7,000 people were killed. The battlefield was littered with corpses. 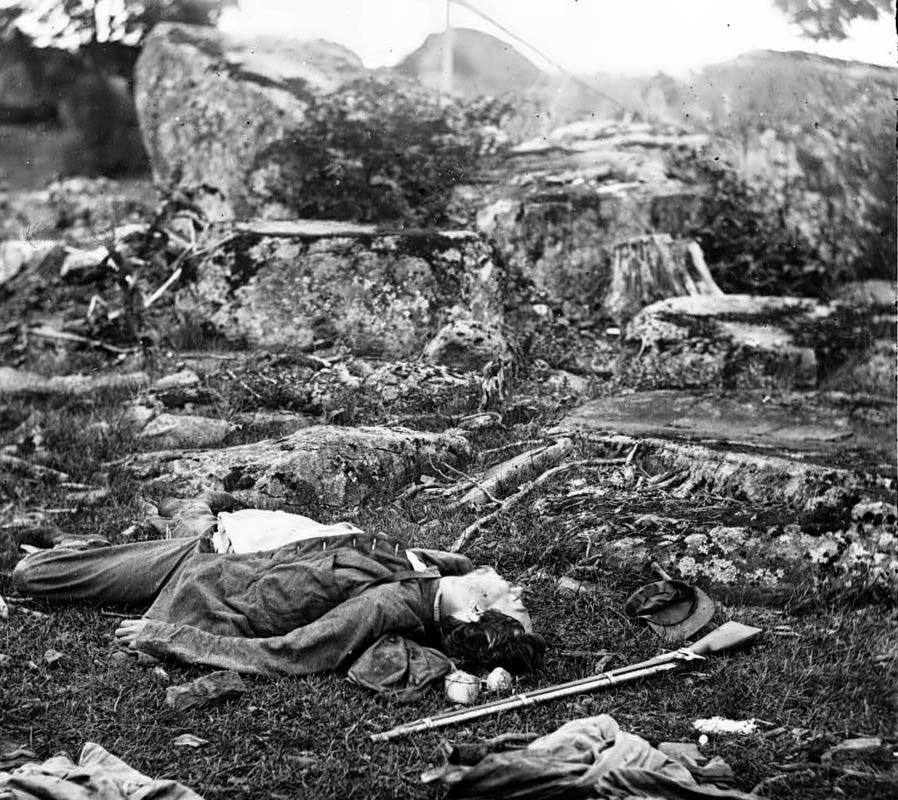 The top ten ghostly sites in and around Gettysburg ca be found here.
Posted by Richard Schiver