Halfway through the countdown we come upon Kate Genet and her latest release, Psychopathia

Everyone knows old insane asylums are the best place for ghost hunting – spooky, tragic, and with a pretty good chance of finding something that will go bump in the night. Even so, a ghost hunt is just an excuse for a good night out, a bit of a scare. A bit of a scare never hurts anyone, right?

Tully’s been watching a lot of paranormal investigations programs lately, missing the mother who died shortly after her birth, so when her brother suggests they go look around an old asylum, she thinks it’s a brilliant idea. Her brother Toby doesn’t believe, and he doesn’t expect they will see any ghosts.

But there’s something there, all right, waiting for someone just like him to come along. It’s been there a long time, and it’s determined to hitch a ride home with them.

There’s a reason some people were incarcerated in the old asylums, and as it turns out, death doesn’t stop the insanity. It just makes it hungrier. 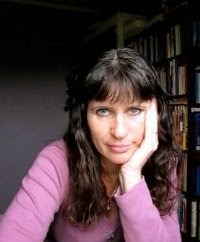 This is how it goes.
I was twelve years old when I wrote what would be my first published works. They were short stories, one a rambling sort of piece about the rain, and another a horror story. My teacher thought they were both so good, she convinced me to read them out loud at assembly.

Well, I don't know if she so much convinced me, as told me I should - which in teacher-speak pretty much means I had to. Thus, I dragged myself up onto the high stage and looked out at a sea of expectant faces, cleared my throat and read.

It was about when I got up to the exorcism scene that I realised my audience was gaping up at me. Someone in the back snickered. My face burned - but my teacher was right, it was a pretty good story, and even if this esteemed group of my peers couldn't appreciate it, I was up there now, I'd read through to the end. That might be the only dignity I could have.

" Let your mighty hand cast him out of your servant, so he may no longer hold captive this person whom it pleased you to make in your image, and to redeem through your Son; who lives and reigns with you, in the unity of the Holy Spirit, God, forever and ever."

It was the early 80's and I'd caught the horror story bug. I'd just watched The Exorcist - alone in the house and late at night (what was my mother thinking?) and though it had left me feeling slightly sick, there was an excitement in the pit of my stomach that's never quite gone away.

I've never written another exorcism scene, but I don't rule out the possibility. The shocked faces in the audience that day never put me off either, nor since, the people who have complained about my stories being creepy and violent. To me, there's nothing better than a scary story, no matter what flavour it comes in. Horror stories aren't the only things I write, but they are my first, true love.

So pull up a pew, make the sign of the cross if it makes you feel better, and let me tell you a story...
Posted by Richard Schiver