With the arrival of day seven of our countdown permit mo to introduce you to Joe Sharp., and his latest release Dead Willow. 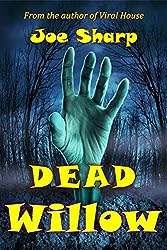 The town of Willow Tree has a secret …

The massive Weeping Willow towers over the landscape, its leafy tendrils an enormous canopy that shields the town and its residents from the outside world. It makes Willow Tree into a world all its own … and its residents into a family like no other.

Eunice Pembry ran the town like a loving matriarch … and like any mother, she sometimes had to discipline her children.

Colonel Davis loved only one thing more than the town of Willow Tree … and she made him do detestable things to prove that love.

Annabel Jeffers would make the ultimate sacrifice for the town … but there was always one more thing to give.

Jess Granger, stringer for the internet rag The Paranormal Investigator, would stumble onto their secret, and it would change her life … but not all change is good.

As high and as wide as the tree goes, the roots go even deeper, down into the soil of the 150 year old cemetery beneath. What it does down there is the real secret of Willow Tree.

It is a secret worth dying for … but will dying be enough?

From the sickly creative mind that brought you Viral House and The New Wizards!

Welcome to a zombie horror that’s out of this world! 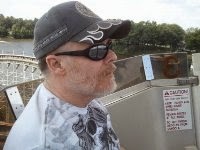 Joe Sharp lived and raised hell in Richmond, Indiana until the age of eighteen. Then he married Penni, and they moved to Indianapolis. He is the father of Chris, and grandfather of Austan, Ethan and Corbin. He is also the great-grandfather to Katelyn.

He graduated from Richmond High School in 1973. That year he was published in the school literary journal "The Quill". The writing bug was itching, but would remained unscratched for many years.
Joe's forays took him into the Martial Arts, Acting (community theater), Music (played bass in a band) and learning American Sign Language. He took a position as an interpreter for deaf and hard of hearing students at a local school district, where he remains today.

With the exception of a few church plays his writing bug went unheeded until the release of his first novel "Viral House" in November of 2013. Since then he had released two more. The New Wizards and Dead Willow.