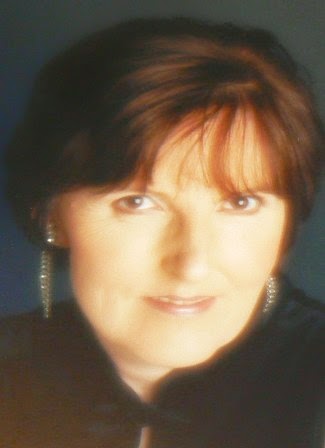 Sarah Stuart has been a writer since she could hold a pen: her debut novel, published in July 2014, is only the beginning of a lifetime ambition to embrace the freedom of creating characters in depth. Her first publications were articles about wildlife, horses, and dogs, followed by short stories created for mature students when she worked as a literacy tutor. During a period when she ran Kennel Club accredited dog obedience training classes she edited a monthly magazine.

Her passion for the theatre, the major setting for her first series of books, is rooted in dogs. She supplied them for the stage, which gave her an unrivalled opportunity to meet producers, directors, choreographers, wardrobe mistresses, dressers, stagehands, and performers.

History, and British history in particular, interests her but, so far, she has resisted the temptation to write historical novels. Instead a link to English and Scottish royalty runs through her current contemporary work that is firmly imbedded in the twenty-first century. A confirmed Christian, she has no qualms about tackling subjects that push the boundaries of faith and forgiveness.

People hold the greatest fascination of all. Mother, child-minder, foster mother, student landlady, “university wife” meeting the rich, famous, titled and royal, and an appetite for worldwide travel, all contribute to her deep understanding of how individuals react to different circumstances and triggers. Her characters “live”; in one guise or another they have, or do, live.

A.)  As a child, I finished my first book when I was eight years old. I still have it, but the only thing good about it is it has a beginning, a middle, and an end. I was serious though: absolutely determined to publish a book one day.

A.)  Stopping to deal with real life, though I rarely switch off completely. People, and the things they say, trigger ideas so often. A.)  The first that was available to the whole world was a mixture of excitement, because it was in a very upmarket magazine, and disappointment. It had been edited so much, for length, not errors, that it lost much of its potential impact.

A.)  Character. They drive the story to the extent much of my skeleton plot goes out of the window. I never know the end until I reach it.

A.)  All my work, other than writing, is voluntary so I don’t have a “typical” day, they vary so much. I’m rarely without my laptop: if I have to be I read my current book on my Kindle, highlighting errors and making notes of changes and improvements I decide to make.