New Release Within These Walls by Ania Ahlborn

One of my favorite authors, Ania Ahlborn, has a new relase out. Check it out you won't be disappointed. 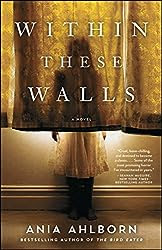 In her all-new supernatural thriller, bestselling indie horror author Ania Ahlborn asks: How far would you go for success? What would you be capable of if the promise of forever was real?

With his marriage on the rocks and his life in shambles, washed-up true-crime writer Lucas Graham is desperate for a comeback, one more shot at the bestselling success he once enjoyed. His chance comes when he’s promised exclusive access to death row inmate Jeffrey Halcomb, the notorious cult leader and mass murderer who’s ready to break his silence after thirty years, and who contacted Lucas personally from his maximum-security cell. With nothing left to lose, Lucas leaves New York to live and work from the scene of the crime: a split-level farmhouse on a gray-sanded beach in Washington State whose foundation is steeped in the blood of Halcomb’s diviners—runaways who were drawn to his message of family, unity, and unconditional love. There, Lucas sets out to capture the real story of the departed faithful. Except that he’s not alone. For Jeffrey Halcomb promised his devout eternal life…and within these walls, they’re far from dead. 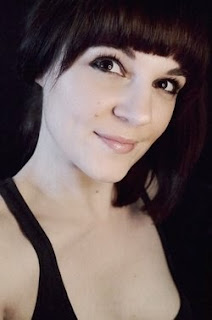 Born in Ciechanow Poland, Ania has always been drawn to the darker, mysterious, and sometimes morbid sides of life. Her earliest childhood memory is of crawling through a hole in the chain link fence that separated her family home from the large wooded cemetery next door. She'd spend hours among the headstones, breaking up bouquets of silk flowers so that everyone had their equal share.

Beyond writing, Ania enjoys gourmet cooking, baking, movies, drawing, and traveling. She currently resides in Albuquerque, New Mexico with her husband and two dogs, Beau the Scottie and Galaxy the Yorkie.

Learn more about Ania on her site, www.AniaAhlborn.com, where you can sign up for a direct-from-the-author newsletter on new releases, promos, and more.

Email ThisBlogThis!Share to TwitterShare to FacebookShare to Pinterest
Labels: Ania Ahlborn, new release, within these walls