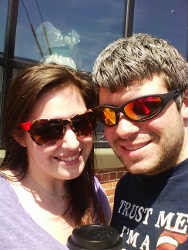 Eric grew up in the deep swamps of Louisiana where sugar cane factories rained black ash and a light rain meant possible flood damage. That environment heavily influenced his writing as did his lucid dreams. Living in a world of limitless potential, he would create deep stories within a complex universe. "I like to bring reality to my stories, doing as much research as possible into even the most mundane details." Eric's influences range from Sci-Fi writers like Douglas Adams to horror writers like F. Paul Wilson and HP Lovecraft.


1.) When did you first get serious about writing?
A.) I wrote my first short story in college during a creative writing class. The story was a narrator teaching their method of achieving the perfect shave while relating the aspects of each step to their personal life. In this class, we used pseudonyms, and our stories were read aloud by anyone in class. The reaction to the story was overwhelmingly positive, and I was hooked after that.

2.) What is the hardest part for you about writing?
A.) Taming the ideas. I never have truly had writer's block, so much as I have had macro ideas that couldn't be told in one single story. I wanted every bit of detail to be expanded on and included. 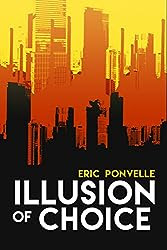 3.) How did you feel upon publication of your first completed project?
A.) My first piece that I was really proud of was a horror story about sentient insects that was accepted to Weird Tales Magazine. Being a fan of Lovecraft, I always aspired to write in that magazine, and it finally happened! Then, I was told it wouldn't be published for a year, and that doubt monster that lurks in the shadows became thrilled. I had succeeded, but it was a meager success. I had to keep pushing. It's been a solid 3 years, and Weird Tales hasn't released an issue since then, so I am back to pitching it. I have published a few stuff online, as well as a novel, and that is all different for me. I am in control of what is released, and I am selling it to my audience directly. It's a terrifying amount of freedom.

4.) What is more important to you, story, or character? Why?
A.) There truly cannot be one without the other, but I am a big lore fan. I love the reasonings behind the scenes to why something is so important and impressive. In horror, this is even more important because that part of the story the reader doesn't know is the most terrifying. With characters, I like to write as normal people as possible to provide a point of connection to my audience. They may be augmented a bit, but they are living people with flaws, strengths, and fears. Then, the story is the vehicle they get into, and the reader experiences it with them.

5.) What is a typical day like in your world?
A.)  I am an instructional designer for a software company in Atlanta, so a lot of my day is thinking of ways of interacting with individuals who use our software. When I am heads down and working, I am listening to podcasts, of which I have too many to stay totally up to date on. When I come home, I read a lot online and on my Kindle, and I write a bit every day, be it on a story I am working on, or on Reddit's /r/WritingPrompts sub.

Eric maintains a blog at http://www.ericponvelle.com