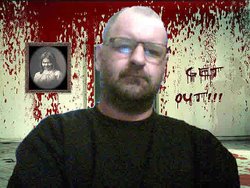 Shaun Adams lives on the Isle of Wight. An avid motorcyclist and model railroad enthusiast. He writes stories. He believes its cathartic. At least, that’s what the voices tell him. So far, he’s seen short stories published online and in print in several magazines. Self published two Kindle short story collections and a paperback short story collection called ‘Jack & Evil’ and he’s currently working on a series of books called ‘Cannibal House.’ Books 1 and 2 of that series are now available as eBooks. He is also working on his first novel. Shaun loves reading. Fantasy, horror, science fiction, westerns, they all influence the stories he writes.
1.)When did you first get serious about writing?

A.)Ha, good question. I’m glad you asked when and not why. Although if you had asked me why I think I might have said it was a bucket list thing. Something I always wanted to do but never quite got around to doing. Anyway, the answer to your question is 2009. I guess the idea was in my head then and I was browsing the net. Somehow I found my way to Writing.com and signed up. I had no great hopes but offered up a couple of short stories and went on to meet (virtually) some amazing people on that site who seemed to think I had a little bit of talent for writing stories.

2.)What is the hardest part for you about writing?

A.)That one is easy to answer…Or is it? Anyone who writes will tell you that procrastination is the writer’s worst enemy. For procrastination see distraction. Actually finding time to shut yourself off from everything, sitting your arse down and making a start is the hardest damn thing to do. There are no short cuts. No tricks. You just have to slog it out. I find the best time is around 3 or 4 am. If I’m awake at that time…And if the juices are flowing you can bet some internal trigger makes sure I am awake. I shuffle off down stairs, make a coffee and I write in the dark silent small hours before dawn. 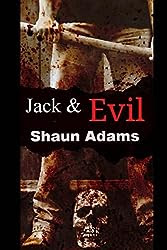 
3.)How did you feel upon publication of your first completed project?

A.) Well it wasn’t my first completed project. I wrote a lot of short stories and even a few poems while at Writing.com. Every chance I got I entered the daily and monthly contests. Then one day I was emailed on their internal system by a guy who ran a Sci Fi monthly contest. I think I came second out of all the entries. The prize was inclusion in his online magazine. Some Canadian thing, I don’t honestly recall it to well now except to say that I was incredibly proud of what I had done. I am by nature one of those people who doubts their own abilities. That made it all the more special.
Okay, I later found out there was no payment and his readership was around 40 or so people…but that did not matter. That was 40 or so total strangers who would read something I wrote. That was payment enough for me.

4. What is more important to you, story, or character? Why?

A.)Okay, let me ask you a question. A man sits in a room all day every day and nothing ever changes. Does that answer your question?

A.)Can I swear now? No. Okay. I have to work. Bills have to be paid. My job can be stressful. My family can cause stress, bless their little smelly socks. If shit can happen it will. I don’t have any control over all that stuff and time, for me if he was a character then he is  scarier than the grim reaper because he is relentless.

Shaun's work can be found at his Amazon Author Page

Blood Lily by Jenny Allen
The Misadventures of Bob by Jaime Johnesee
A Jar of Fingers by C.L. Hernendez
A Coin for Charon by Dallas Mullican
The Human Condition by Mark Taylor
Spook Lights by Eden Royce
In the Hands of the Unknown A.E. Hellstrom
Winchester Over by Dave Lund
The Complex by J Rudolph
The Dead Song Legend by Jay Wilburn
Zombie and Chainsaws by Mike Evans
Flight of Destiny by Francis H Powell
Through a Mirror Darkly by Kevin Lucia
Awfully Apetizing by Leod D Fritz
Darkly Wood by Max Power
Family Reunion by P. Mark DeBryan
Cannibal House 1 by Shaun Adams