As an independent author with limited resources, what I’m able to save to put into my writing is used to have my work edited before it is released. As such I’m unable to afford the covers I would like to see on my work so for the past couple of years I’ve been designing my own, while teaching myself how to use Photoshop to create covers. I’m pretty damned proud of what I came up with for All Roads Lead to Terror. I wanted to touch the potential reader on an emotional level while at the same time showing that the story within the covers was about leaving your childhood behind as one stepped into adulthood. Of course what better way of showing innocence lost than with an abandoned teddy bear. I tried several different routes, all with little success, until I staged the photo myself. 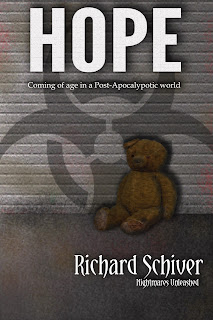 And the end result. 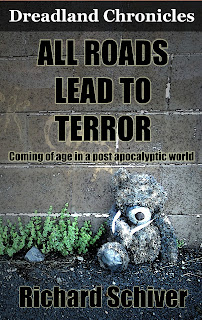 Getting from point A to point B was a very interesting journey, there was a lot of going back and forth with a couple of designers who were gracious enough to offer suggestions and feedback to help me realize what I had originally envisioned. Not to mention the feedback I received on here as well as on Facebook and Goodreads. Everybody was so helpful and I am so appreciative of the time they took to help me out.

I picked up the stuffed bear from Goodwill for a couple of bucks. When I carried him out of the store he was in pretty good shape. Once I got him home it got a little interesting, even though I look like a grumpy old man, I can be rather emotional at times. 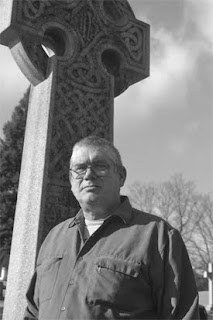 I believe a writer has to be very much in touch with their emotions in order to properly convey the feelings of their characters on the page. It was this familiarity with my own emotions that stopped me at first from doing what I knew I had to do. It’s just a stuffed bear, I kept telling myself. That might have been but before he went to live at the Goodwill it was obvious a child had taken good care of him.

In the end I quickly removed his left leg and ear. A bit of black paint and some hard rubbing gave me the look I wanted for with his fur, a matted, unwashed appearance. Adding the sling was a final touch to show that though he had been abandoned at one time he’d been cherished by a child that shared its sorrow for a world turned upside down. 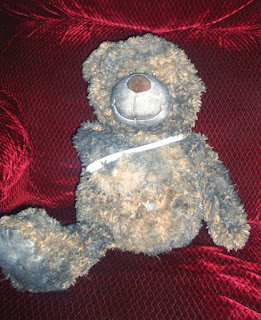 He has no name, yet. But his sacrifice has earned him a place of honor in my office, he sits on the top shelf of my bookcase, watching over my shoulder as I work, occasionally he will sit in my lap as I write, to help me connect with the emotions that I strive to bring to the page. He will also appear on every subsequent cover in the Dreadland Chronicles series.

He serves as a constant reminder of what I hope to achieve with The Dreadland Chronicles that will focus not on the brutality of the world in which they live, but the undying hope of the young as they struggle to rebuild a shattered world that has been left to them, and make a better place for those who will follow.