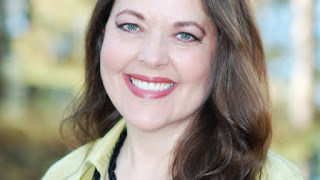 
In many films, writers are stereotypically portrayed seated at their uncluttered desk inserting a fresh sheet of paper into their typewriter and then staring dismally at the glaring white emptiness of the page before them. I rarely look at the blankness before me with dismay. The stories are always there. I just wish I could type as fast as the story unfolds and not make so many typos. Even though the tap-tap of old-fashioned typewriter keys are a melodic symphony to a writer's ear most writers these days open a word processing program on a laptop and hit "file" then "new" and their fingers dance to the dull clicks of their keyboards. Either way, I love that sound!

My life as of late has not been ideal for writing and the characters of my stories nag at me like Luigi Pirandello's Sei Personaggi in Cerca d'Autore (Six Characters in Search of an Author) at the most inconvenient times wanting to know why their stories have not been written. I enjoy performing on stage and the process of acting in films but I owe it to my characters to return to the dull clicks of my laptop because I am the only one who can write their stories. I look forward to other people reading them.
1.) When did you first get serious about writing? 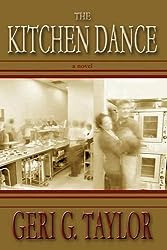 
Synopsis: According to Rene Descartes, no two bodies can occupy the same space at the same time and any physical motion of a body involves moving other bodies from the space they occupy. In my first work of contemporary fiction, Joule and Allen create their own movements in The Kitchen Dance. Joule Dalton, lived her life choreographed by her loved ones until a tragedy forces her to learn her own steps. Allen Brooks has endured his own share of manipulations and all his hard work and sacrifice has left him with nothing. He wears his troubles like the too large overcoat he picked up at a mission while living on the streets. This coat brings them together in an unexpected way. He makes a choice, one that Joule cannot begrudge. Allen struggles with his decision while Joule goes back to her old life until they both realize what they really want.

A.) It did not go as I had hoped. My experience has caused me to consider self-publishing in the future.

A.) As an actress, I would say character. If they are “real” and “believable”, the story will tell itself.

A.)  Depends on the day!
During the school year, I substitute teach, so many days are met with an early morning phone call to let me know where I am needed. I actually love this job. I can’t say it pays well…but neither has writing.
I spend some evenings at the theater at rehearsals. On my “days off”, I have been working on renovating my lake house while trying to keep my own house in order.
I find I have less time to actually write these days with most of my time designated for writing spent working on my own blog “The Delete Key" https://g2taylor.wordpress.com or promoting The Kitchen Dance.
I also read A LOT! And I post reviews when I can.