William Packard, former editor of the New York Quarterly, was a mentor, publishing De Winter's work early on and inviting her to write "The Present State of American Poetry," a regular feature in the journal. At Packard's invitation she read her poetry at the New School and continued a rapport with Packard until his passing . Packard was a big supporter of Charles Bukowski and De Winter was published with him several times in his last years.

Her dark novella "The End of Desire" is available on Kindle.

De Winter is known for her poetry collection "Touching The Wound- Poems in memory of Kurt Cobain, which sold over 6,000 copies in the first year.

De Winter won the Bram Stoker Award in 2005 for her collection "The Women At The Funeral."

Five of her books have been Stoker Nominated.
A Naturalist, Philanthropist, Paranormal expert, Artist and the founder of "Small World Fund For Children ," De Winter lives between this world and the next. 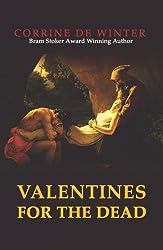 Synopsis: "Corrine De Winter creates magic with her words. She's a storyteller who does much more than tell a story--she weaves life into her characters--and real emotion into the reader. These stories are keepers--you might well want to pick them up again and again."

“Corrine De Winter is a virtuoso of forlorn Romanticism.”

"De Winter's stories have a great quality to them- Saki's creepy succinctness mixed with the epiphanic resonance of Dubliners-era Joyce. Quite unique."

"Reading De Winter's work makes me a better writer. This is seriously good writing!"
- Tom Monteleone, author of IDIOT'S GUIDE to WRITING a NOVEL, and many others!

Corrine is available for readings. If you are interested in setting up an appearance, please email her at autumnsong@rcn.com. 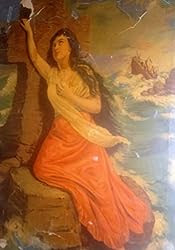 Synopsis: A woman's ethereal tale of falling in love, and trying to wrestle with unrequited love. Eventually she is given the opportunity to erase her memory of past loves, and must decide if she will surrender or hold onto them. Written in diary like format, this novella is rife with the beauty and horror of life and love.

Old world girls and women will love the gothic, yet modern feel of these passages.
Posted by Richard Schiver

Email ThisBlogThis!Share to TwitterShare to FacebookShare to Pinterest
Labels: corrine de winter, the end of desire, valentines for the dead, women in horror month