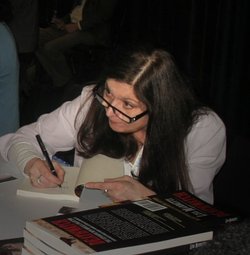 Lisa Mannetti's debut novel, THE GENTLING BOX, garnered a Bram Stoker Award and since then she has been nominated three additional times for the award in both the short and long fiction categories: ("1925: A Fall River Halloween"; "Dissolution"; and "The Hunger Artist"). Her story, "Everybody Wins," was made into a short film by director Paul Leyden starring Malin Ackerman and released under the title Bye-Bye Sally. "Dissolution" will soon be a feature length film also directed by Paul Leyden (Come Back to Me, The Factory).

Recent short stories include, "Corruption," in Nightscapes Volume 1 (September, 2013), the Bram Stoker nominated tale, "The Hunger Artist" in Zippered Flesh II (February, 2013) and a sequel to "Everybody Wins," called "Almost Everybody Wins in the anthology, Insidious Assassins.

Forthcoming works include additional short stories and a novella about Houdini, THE BOX JUMPER to be published in August 2015,

She is currently working on a historical, paranormal novel, RADIUM GIRL about the dial painters tragedy in the post WW I era. 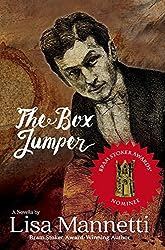 Synopsis: “Magic’ is the operative word for this moody novella. The magic of Harry Houdini serves as an overriding backdrop here, but another kind of magic permeates these pages—the magic of fine writing. Don’t expect the usual linear plot, because there is no direct narrative. Vivid dreams, surreal images, hypnotic memories, all serve to flesh out an unsettling tale that sweeps us into a new fictional dimension. Read The Box Jumper and share the magic.”
— William F. Nolan, author of Logan’s Run and screenwriter of Burnt Offerings

“A haunting tale of madness and mystery. Mannetti leads the reader through a thrilling maze of illusion and scandal surrounding world-famous magician and psychic debunker, Harry Houdini. As elusive as a magic trick, the story unfolds through the dubious memories of one of his former assistants who suffers from various illnesses throughout the story. Mannetti’s words entice the reader to explore a lewd world of liars and lust. As the layers of intrigue unfold, the reader is compelled to keep reading and isn’t disappointed.”
— Sèphera Girón, Flesh Failure, author of Flesh Failure and Captured Souls

“In Lisa Mannetti’s magical The Box Jumper, readers are treated to intriguing premises and finely wrought characterizations rooted in the hazy past of a bygone America. As usual, Mannetti’s driving narrative propels this fascinating portrait of illusionist Harry Houdini and the strange goings on in and around—even beyond—his world. Highly recommended to all who love a great story, excellent writing, and memorable characters with a haunting literary flair.”
— Jason V. Brock, author of Milton’s Children and Disorders of Magnitude

“Lisa Mannetti’s The Box Jumper is a passionately told story of love, memory, and how we can be possessed by both. Mannetti is, simply put, a master of the dark historical fantasy, and in The Box Jumper she has all her talents on full display. The only really frustrating thing about her stories is how she manages to make perfection look so easy.”
— Joe McKinney, Bram Stoker Award-winning author of Dog Days and Plague of the Undead

“Lisa Mannetti has given us a look into the life of a fascinating historical character and cultural icon. Her novella brims over with dark suspense and a brilliant re-creation of a New York long gone. As always, she writes with passion and originality. A great story.”
— Tom Monteleone, Bram Stoker and Locus Award-winning author of Night of Broken Souls and Eyes of the Virgin 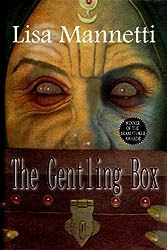 Synopsis: Set in 19th century Hungary and Romania, The Gentling Box is the Bram Stoker Award-winning novel about a half-gypsy horse trader named Imre and the terrifying choices he must make in order to save the family he loves from the curse known as the hand of the dead.

After a vengeful sorceress inflicts him with a mortal disease, Imre discovers, to his horror, that the only way he can prevent his beloved wife Mimi and their young daughter Lenore from falling prey to the terrifying gypsy curse is to confront the single most horrendous moment of his life. He must decide if he can, once again, face the dark, hideous secrets of the gentling box.
Posted by Richard Schiver