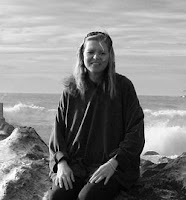 She has published numerous short stories which have appeared in such places as Stupefying Stories, Necon E-books, Interstellar Fiction, BuzzyMag, Siren's Call and Massacre Magazine. She has also appeared in many anthologies including The Ghost IS the Machine and Fear the Abyss by Post Mortem Press, Eulogies II: Tales from the Cellar by HorrorWorld, Equilibrium Overturned by Grey Matter Press, Wrapped in Black by Sekhmet Press, and Twice Upon a Time by The Bearded Scribe Press.

Her poetry has appeared in Jamais Vu, Eldritch Press Online, HWA Horror Poetry Showcase, and Widowmakers. She has also released a poetry collection Thorns, Hearts and Thistles through Eldritch Press. She is a member of the Horror Writer's Association, and more information can be found at: 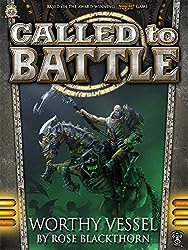 Synopsis: In the blighted lands of Cryx, death is the inevitable price of power.

The fearsome sorcerer and pirate Darragh Wrathe has long terrorized the oceans of western Immoren in the name of Toruk the Dragonfather, but the great dragon’s blessings are a double-edged sword, and the blighted energies Wrathe calls forth to destroy his enemies are slowly consuming him. Now with death an ever-present shadow at his side, Darragh Wrathe makes a pilgrimage to the black isle of Skell at the heart of the Nightmare Empire. There he will present himself to the enigmatic necrotechs of Cryx and seek to replace his failing body with the dark science of necromechanika. But immortality comes with a steep price, and Darragh Wrath must barter more than his flesh to prove himself a worthy vessel of Toruk’s power. 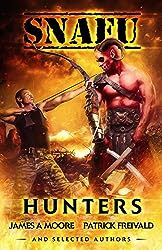 Synopsis: From the darkness of the abyss to the subtle shift of shadows dwell creatures that prey on us all.
Be they straight-up monsters or nightmares behind a human mask, they track us and they kill us.
Sometimes, they play with their food, where death would be a kindness. But there is hope.
There are those who search out the monsters, those who hunt the hunters.
These are their stories.

*********
Featuring 13 stories of military horror by some of the best known and emerging writers in the genre.