They're awake, and very, very, hungry 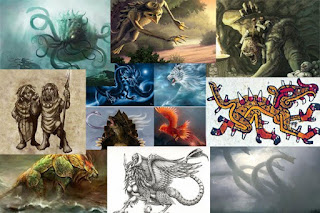 They have lived among us for centuries, blending in as we go about our daily lives, feeding only when necessary so as not to draw undue attention to themselves. Existing along the blurred edges of society, relegated to the shadowy corners of our well lit world. We know them as the creatures that inhabit our nightmares. Vampires, ghosts, and ghouls that feed upon the unsuspecting, with names as varied as the regions they inhabit.

As long as man continued to survive they would remain in their shadowy place. But when a virus decimates the living, turning them into shambling flesh eating monsters, the creatures of the night saw their food source vanish as the society that had kept them under control crumbled. Released from the restraints that once bound them they flourished. Some take over entire cities while others become gods to small groups of survivors.

I'm pleased to announce that the second book in the Dreadland Chronicles series, The Reaping, is now available for pre-order, due for release on June 24, 2016. 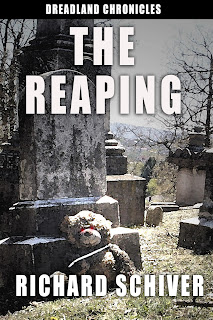 Synopsis: The horrors of the past meet the brutality of the present.

Fourteen years ago the dead walked and society crumbled. Pushed to the brink of extinction mankind struggles to survive in an increasingly dangerous world. The threat comes not only from the few remaining walking dead, but other survivors as they scramble to locate an ever dwindling source of supplies.

In this new reality the creatures that once roamed the night, once relegated to the shadowy corners of a well lit world, have awakened, and they are very, very, hungry

During a routine scavenging trip Window is bitten by a vampire.

To save their friend the boys must travel to Washington DC to track down the master in order to kill him and release Window from his curse. In the Nations capitol they discover a nest of vampires that threatens to finish mankind once and for all.

They are the only ones who stand between mankind and the reaping.

To celebrate the pre-order release of The Reaping, I'm running a kindle countdown deal for book one, All Roads Lead to Terror. For a limited time you can grab a copy for only $0.99. 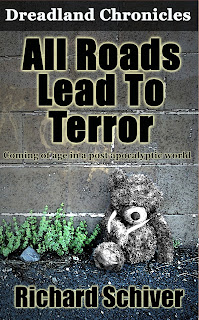 Grab a copy HERE!
Synopsis:  Stand By Me meets The Road.

In the dead city of Richmond they will confront that savage cult of children who worship a creature of the night. These creatures, once considered the nightmare imaginings of a fevered mind, are now awake in a world where the population that once served as their food source has been reduced.

Awake and very, very, hungry.
About the author: 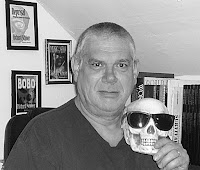 Richard believes the act of reading is the most intimate form of communication possible. It's like the writer and reader are sitting at a small table, sharing a bottle of their favorite beverage, while the writer spins a tall tale.
Born in Frostburg, Maryland, in the winter of '58' he currently lives eight miles away. A five-year stint with the military allowed him to see what he wanted of the world. Married with four grown children and eight grandchildren, he and his wife provide a home to two pets that are spoiled beyond rotten.

In addition to writing daily he works a full time job in retail, and piddles around in his wood-shop where he makes one mess after another.

Follow Richard on Twitter: @RichardSchiver
He can be contacted directly at rschiver@gmail.com and would be delighted to hear from you.

Sign up to be notified of new releases when they become available. He promises to never share your contact info, nor will he swamp your inbox with unnecessary crap. http://www.eepurl.com/2bYSf
Posted by Richard Schiver

Email ThisBlogThis!Share to TwitterShare to FacebookShare to Pinterest
Labels: ghosts, new release, pre-order, stand by me, the road, vampires, zombies