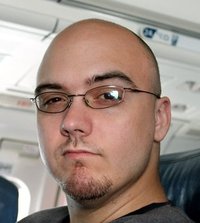 Sean V. Lehosit is a freelance journalist and history writer living in Columbus, Ohio. In 2010, he graduated from The Ohio State University with a bachelor's degree in English. Lehosit has about 10 years experience reporting on small government, education, business and entertainment.

Lehosit's latest work is Images of America: West Columbus. He has combed through the extensive historical records and photographs of the Columbus Metropolitan Library, Grandview Heights Public Library, and the nostalgic artifacts from residents to best capture the early lives of the region’s pocket neighborhoods.

A.) In middle school, my teacher passed out five stock photos and asked the class to write a short story to go along with each image. I found not only could I fabricate a life for each person in the photos, but greatly enjoyed the process. It was at that time I knew I wanted to become a storyteller.

A.) I believe sometimes you have to step away from a project and come back to it. Many times you'll return to the work and discover the error that was causing a problem, or realize a better route to take the story. I think the hardest part about writing is knowing when to step away - likewise, knowing when to return.

Synopsis: Present-day West Columbus is a collective of neighborhoods born from the western banks of the Scioto River in what became Franklin County on April 30, 1803. The first settlement, Franklinton, was founded by Lucas Sullivant in 1797, platted two years after he received 6,000 acres in payment for surveying the central Ohio portion of the Virginia Military District. Later expansions included the areas of Sullivant's Hill, Rome, and Camp Chase. While the first settlers were farmers and ex-soldiers, the land would also attract Quakers, rail men, real estate moguls, and manufacturers. The neighborhoods found success even though the Scioto River, which birthed the region, on multiple occasions threatened to wash them off the map during three great floods. Characterized by a hardworking and driven population, the community attracted major investments by the mid-1900s, including the expanded operations of the General Motors Fisher Body Plant.

A.) The first time I was ever published, I felt validated. I also felt terrified in anticipation for a very private process to suddenly become very public. However, I believe each time my work is published - whether a book, poem, short story, or an article - I evolve  as a writer, learning something different to do next time.

A.) I believe character is the most important element of a project. The characters are the vehicle, which readers are transported and relate to. If the characters fail, the reader cannot appropriately journey through the tale. Additionally, I think readers can forgive problems in a story, if they cherish or love the characters.

A.)  My typical day involves waking up around 8 a.m. to check for replies to messages I sent the night previously. As a freelance journalist, I then make a list of interviews and articles with deadlines approaching. I usually forget to each lunch, due to being so involved in my work. Once my journalistic duties are done, I pick up a pet project to get lost in until later that night - when I unwind with a good book, or smart television program.