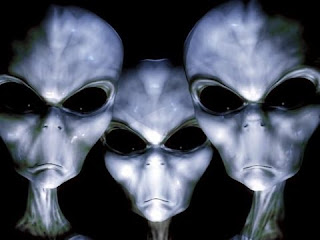 They have watched from the shadows since the dawn of time.
Jealous god who once ruled a young planet.
Seeking a return to their former glory.
Only one person stands in their way.

They've awakened from an ageless sleep.

Quietly taking over the world one household at a time. Moving in the dead of night, replacing those smiling neighbors across the street with an unholy union of man and beast. They've waited eons to reclaim this world as their own, and when the balance of power tilts in their favor,the feeding will begin. Until that time they make every effort to remain hidden from view, relying on man's ignorance of the true nature of the cosmos around them to mask their movements as their influence spreads.

One man has witnessed first hand the power these creatures' possess.

Sam Hardin defeated them in the past, or so he thought, for what should have died in the fire at his cabin didn't. After losing his wife and daughter to this creature's vengeance, Sam shoulders his role of executioner, and with his son at his side sets out to conduct a covert war against this growing menace.

If he fails mankind will awaken one morning to new master, for there is only room for one at the top of the food chain.

Movement out of the corner of his eye drew his attention and he turned his head to see Dave emerging from the forest on his left. From his right came the sound of leaves stirring and he quickly swiveled his head to the right, spotting a kid he knew only by sight. It was one of Randy’s friends from school. Now there were three of them and he had as yet to see that strange animal.

“Could you run down to the basement and get me a jar of corn?” His mother said as she stepped out onto the porch. She stopped when she saw Randy at the edge of the woods.

“Are they your friends?” She said.

Anthony shook his head as he removed his hand from within his backpack and stood up. “They’re no friends of mine.”

His mother’s eyes hardened and she stepped off the porch. “You get out of here right now, you hear me?” There was anger in her voice, that motherly instinct kicking in to protect her young.

“I know who you are,” Anthony’s mom shouted, “I know your mother, what would she think of the way you’re acting?”

“Mom, don’t.” Anthony said as he stepped off the porch, panic washing through him as he imagined what would happen to her if Randy and his friends got a hold of her. He had the gun in his hand and he brought it up to aim it at Randy who took several steps back. “You don’t understand.” He said.

“I understand what’s happening here.” She said, glancing back at him, her eyes widening in fear at the gun in his hand. “Why do you have that? Where did you get it? Who gave it to you?”

“Please, mom, go back inside, you think you know what’s going on but you really don’t.” Anthony settled into his shooters stance.

She reached for the pistol and Anthony sidestepped her. “Give it to me right now.”

“No,” Anthony shouted, “go back inside, now, you don’t know what’s going on.”

“I’m calling your father,” she said as she turned and marched back into the house.

Anthony retreated to the porch, never taking his eyes off of Randy who watched him silently. Inside he heard his mother talking to his father on the phone, her voice crackling with emotion, rising and falling in response to his father’s unheard comments.

“Where did he get the gun?”

Randy stepped away from the forest and started across the back yard towards Anthony who stood up and brandished his weapon.

“No I am not calling the police on my son.” His mother said inside as he stepped off the porch and brought up the pistol to aim at Randy.

“Stay away from me.” Anthony shouted as he settled into a shooters stance and aimed down the barrel.

Randy smiled and in that lopsided grin Anthony saw his own demise. They would never stop until he was dead and buried along with anyone else who got in the way. Including his mother and father. He had to stop it here, now, and with the decision made he drew a bead on Randy’s forehead. It didn’t matter what happened to him anymore, as long as his mom and dad were safe he would be happy.

With the decision made he found his nerves settling down as a cold, emotionless, calm overcame him. Gently he caressed the trigger, taking up the slack, and gave it a gentle squeeze. He knew what to expect this time and rode out the recoil as the forty five-caliber slug crossed the distance between them almost instantly. Randy’s head whipped back as a bloody third eye miraculously appeared on his forehead.

Anthony was only dimly aware of his mother screaming on the telephone as the sound of the shot faded into the distance like thunder. Randy dropped lifelessly to the ground like a puppet whose strings had been cut unexpectedly.

As he lowered the pistol, returning to level from the recoil, Anthony swung the muzzle around until it was pointing at Dave. Without thought he squeezed the trigger again, the bridge of Dave’s nose exploding in a spray of blood, flesh, and bone as the blunt nosed round plowed into his brain. Like Randy Dave dropped to the ground where he remained motionless.

His mother was screaming from inside the house as Anthony spun around to confront the last of his would be tormentors. But he had vanished into the gloomy depths of the forest.

Then it came to him, his emotions flooding his body and he dropped to his knees and vomited as the sound of a distant siren warbled in and out of focus. They were coming for him.