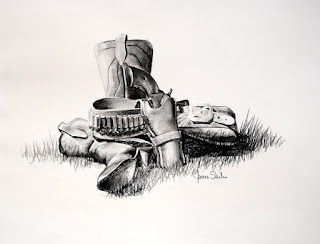 Joe knelt at the side of the small grave and wept for the loss of his unborn son’s life. They knew it had been a risk when Darlene became pregnant. It was not the time or place for such an event. But they had hoped everything would work out all right, and had taken every precaution possible, but some things weren’t meant to be.

Before the dead walked Joe had been leading an average life with his wife in the suburbs outside of Washington D.C. An analyst for the government he’d seen a problem looming on the horizon and had taken the necessary steps to protect himself and his family. Purchasing several secluded acres along the edge of a small lake in the mountains of West Virginia. He knew it wouldn’t be long before the end came, and when it did, he was as surprised as everyone else.

At the time Zombie fiction had become quite popular, with several highly rated television shows appearing weekly. No one cold have predicted that life would imitate art when the earth passed through the tail of a comet and the recently deceased were reanimated by an extraterrestrial virus.

With his wife Darlene, Joe fled into the mountains as society collapsed and the cities became free fire zones as survivors battled for what supplies remained, and the dead filled the streets in their endless search for sustenance.

As he stood up he became aware of the sound of a horse approaching and through the trees to his left a rider appeared, slumped over his saddle, blood staining his right pants leg. His left arm was wrapped around a small bundle and from the shadowy depths Joe heard a baby crying.

Darlene was drawn from the depths of the cabin, her features pale and drained, and with Joe at her side together they approached the wounded rider.

“Where did he come from?” Darlene said.

“I don’t know,” Joe answered as he surveyed the man’s strange dress. His jeans were stiff, dark blue, stuffed into well worn boots that came up to mid calf. He wore a leather vest covered with odd patterns, swirls and vortexes that made little sense.

“Protect the child,” the man whispered as the horse stopped, rolling its eyes as it lolled its head back and forth, nibbling as its bit. The rider slid from the saddle, and Joe caught him before he hit the ground. Darlene stepped in to ease the swaddled baby from his arm.

She held the bundle close to her chest, tears welling up in her eyes as she cradled the child, looking from Joe to the stranger with an expression of maternal need.

Joe pulled back the vest the stranger wore, exposing the wound in his shoulder as the stranger stirred. His eyes snapped open, and Joe was mesmerized by the brilliant green of his gaze.

“Where’s the boy?” the stranger said as he struggled to push himself to his feet.

“He’s safe,” Joe said as he stepped back and the stranger towered over him. He noted the leather gun belt slung low around the strangers waist, the odd designs worked into the leather, the hoops filled with massive 44 caliber rounds, their blunt heads pointed at the ground. The Sandalwood butt of a pistol protruded from the leather holster.

The stranger looked from Joe to Darlene, and back again, his gaze pinning Joe to his spot.

“I’m Joe, this is my wife, Darlene,” Joe said as he extended his hand and nodded to his wife at his side.

The stranger glanced at Joe’s hand, ignoring it as his gaze drifted to the tiny cross at the head of the small grave, then back to Darlene.

“The future of all worlds depends on his survival,” he said, his gaze dropping to the bundle in her arms as the sound of other horses approaching came from the forest that had birthed the stranger.

Faster than Joe's eye could follow, the stranger drew his revolver and spun around to confront the new arrivals. So fast it was as if his pistol had magically appeared in his massive hand. Before either of them could react, four men emerged from the forest and the stranger opened fire, his pistol speaking in a deadly voice, as the first two men met their end before they even recognized the threat.

The other two ducked into cover and returned fire as Joe and Darlene dropped to the ground, Darlene held the small bundle close to her body as rounds whizzed through the air above them.

Joe looked up to find the gunslinger still on his feet, wading into the fight, his gun singing a song of death as bullets filled the air around them like angry bees.

As suddenly as it had begun the fight was over, the last remnants of gunfire fading into the mountains like distant thunder. Joe pushed himself to his feet and crossed to the stranger who stood weaving back and forth. The four intruders dead in the dust before him.

The stranger, gunslinger, unbuckled his belt and passed the holster to Joe, nodding towards the baby in Darlene’s arms.

“It is his birthright,” he said

Without another word he dropped to his knees and fell face first to the ground. 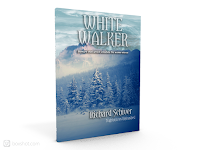