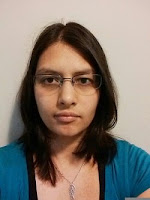 Tanya Lisle is a novelist from Vancouver, British Columbia. Publishing several novels annually, she writes in a variety of genres from young adult urban fantasy to post-apocalyptic science fiction and is currently working on several series. When she isn't writing, she is either working as a web developer or working on a variety of game projects.

It was back in high school. A friend of mine asked me to write a backstory for a character she was working on for a comic and she liked it. It was so much fun that I just kept going with it after that and I haven't stopped.

Editing. Drafts are fun until you have to start fixing them and you realize just how much doesn't make any sense the second time around. It's also when my editor delights in pointing out just how often I spell the same few words wrong or miss punctuation.

Synopsis: After losing three of Adrianna's brothers, Alice takes it upon herself to scour Wonderland to find them over the summer. She never thought it would be this difficult to find three boys who so obviously didn't belong there, but they continue to elude her search for them.

There's a new group of people in the plains that are most definitely not from Wonderland. Alice encounters Tiger Lily, a young woman determined to do whatever she needs to help her people as they escape the horrors of their homelands. Though Alice is hesitant to stop looking for Adrianna's brothers, Tiger Lily proves to be very persuasive and will have Alice's help whether she is willing or not.

I was so nervous after I put the first book up. I hadn't done any marketing and it was such a strange little thing that I had no idea how anyone was going to respond to it. I was worried no one was going to like it, or that they were and they'd have high expectations for the next one. Luckily for me, most people responded pretty well.

Character is definitely more important. A story is great, but even a fantastic story will fall apart if you aren't invested in the characters involved in it. And an interesting character can also hold up even the blandest and most nonsensical of plots.

I get up, get ready, and go to my day job, where I am for most of the day. I'm not home until the evening, when I make myself something for dinner and take a bit of a break before heading to the computer and starting to work on whatever project I have assigned for the day. Sometimes that's writing, rewriting, or editing the next book. Sometimes it's programming for the game I've been working on. Sometimes it's the other parts of being an author, so writing blogs and updating social media accounts. It all just depends on the night.