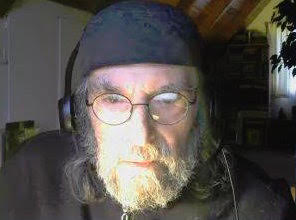 L.G. Corey lives and writes in a small mountain community, seven thousand feet above sea level in the San Bernardino Mountains of Southern California. His is the author of four books of poetry, all published or about to be published by Platypus Press, Ltd. (England). The Kalidas Verses, Sausalito Poems, Rats’ Alley Poems, and Shards of Glass, an anthology of his collected works compiled by the editors of Platypus Press.

In addition, his work has been selected for inclusion in three annual poetry anthologies: RoguePoetry Review (2015); FUG.UES: An Anthology of Minimalist Poetry, Haiku, and Asemic Writing; and the Snapping Twig Year-End Anthology.

A.) I first realized that someone actually writes a poem, and it doesn’t just appear by itself in a book, when I was ten years old. Our teacher had pinned a little handwritten poem by one of my classmates to the bulletin board in our classroom. I stopped and stared at it for a long time. It was the first time I had ever seen such a thing, and it seemed to me magical. “I can do that,” I finally said to myself, and did.

Four years later, in a high-school English class, someone passed around a paper with a passage from Lewis Carol’s The Jabberwocky on one side of the page and a quote from T.S. Eliot’s Wasteland on the other. Until that point, I had no idea who Eliot was or what he had written, but that short mocking quote dazzled me and I realized that that was the kind of poetry I wanted to write someday.

At the end of that virtual apprenticeship, when I was 18 years old and a freshman in college, I began submitting my poems to prominent literary journals. Of course, they were all returned with the standard printed rejection slip. One of them, however, from the great Poetry magazine, had a handwritten note in pencil at the bottom.  It read, “Keep trying.” I did. But to this day, with all my other publications, I’ve never been accepted by Poetry magazine. No matter. I cherish the memory of that handwritten note.

A.) For the first 60 or 70 years of my career as a poet (I started in earnest when I was 20, and I’m now 81) my greatest fear was always that I would never write another poem as good as my last one – if at all. No matter how many poems I subsequently wrote that proved me wrong, the fear never went away. Finally, though, when I was 60 or 70, it did. I now sit down to write each poem with the assurance from my Muse that she, not I, will surely write another.

These poems grew out of the years spent on the streets, in the bars, squatting in derelict houseboats, and getting high with friends and lovers in Sausalito. 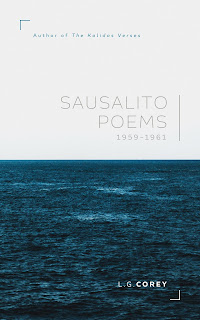 A.) Major literary journals finally began publishing my work in the 1960s, beginning with the esteemed Beloit Poetry Journal publishing my poem, Shema!, in their winter 1966-1967 issue, followed a year later by my poem, Baal Shem, In their spring, 1969 issue. My reaction, of course, was joy. I had finally started becoming the kind of serious, literary poet I had determined to be when I first read T.S. Eliot, fifteen years earlier. Publication of my work in other important literary magazines, such as Evergreen Review and Midstream, followed.

A.) As a poet, the most important thing to me is the architecture of the poetic space – even more important than the “meaning,” “message,” or “affect” of a poem. I compare this to the beauty of a spider web: It conveys no inherent meaning or message, but only the architecture of its created space. The same is true of a sunrise or sunset. Neither has any intrinsic meaning other than that itself. The poem, too, is much like that – for me, at least. My goal each time is to let the poem write itself, not for my sake or the reader’s sake, but for its sake.

A.) For as long as I can remember my day begins at 3:30 a.m. First I tend to my two pit bulls, black lab, and three elderly cats. Then, fortified with a cup of strong coffee and a croissant, I sit at my computer either working on a new poem or reworking an old one. Then, as I’ve been doing every morning for over the past 25 years, I teach my online classes on spirituality and creativity. At noon I take a lunch of ramen noodles and fresh fruit, and lay down for about an hour. When I rise I manage my correspondence, communicate with my publisher, Platypus Press, Ltd. (England), about whatever book of mine they’re preparing for publication, and even watch an hour or two of classic animated cartoons on television. My day ends around 5 p.m. when I, my three dogs and three cats, all get into bed together where I eat a light dinner (usually a sandwich, fresh fruit and canned soda) and watch the local news until we fall asleep at 7 p.m., only to wake up again to a new day, 8 ½ hours later.