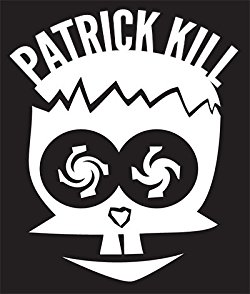 Patrick Kill specializes in writing the most absurd, iconoclastic humorous dark fiction around. At 6'1'', he is the tallest midget on earth. He is a competitive eater…of children. He prefers footie pajamas with someone else's feet in them. He fishes for dead bodies in drainage ditches during the day and traps for yeti at night. He is the most ridiculous man in the world. His favorite saying is: "I don't always eat humans, but when I do, it's dos Mexicanos. Stay evil, my friends." Until they invent the first anti-social network, you will be unable to connect with him in any manner except by leaving a nasty review where his work appears. Which he will, in turn, not even bother to read.

Patrick Kill's short fiction has garnered a cult following over the years. He continually writes within a world where there are no morals, but in a reality close to our own, but not quite. Not yet.

His stories combine dark (sometimes pitch-black) humor with horror elements and a brand of bizarre fiction that is uniquely his own.

There is nothing mainstream about these tales. At the surface, they may offend, repulse or even shock you, but if you look deeper, you'll find a strange sense of meaning, a bizarre written art form made of grotesque thoughts, demented characters and just plain weird situations.

In his fiction, you will find a shattered mirror which ultimately reflects back on the gritty soul of humanity.
Posted by Richard Schiver