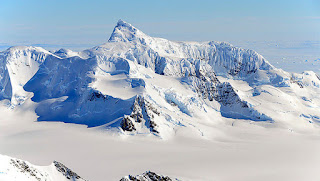 In no time they were wrapping themselves about Charlie, who screamed as he was enveloped. One brushed against her, the contact filling her mind with images of subterranean chambers buried deep beneath the earth, inhabited by slug-like creatures that had been waiting in a form of suspended animation for millennia. They had been left to guard the secrets these chambers contained by those who had built them.

Why she did it she wasn’t entirely sure. It might have been instinct, or her training as an archeologist. With Charlie’s screams echoing in her mind, she snatched the now-closed box from its place and raced across that vast chamber to escape. As she did she became aware of a multitude of slender appendages trailing her across the room, twisting and turning, slithering over around and under one another as they pursued her.

Reaching the passageway, she turned right and raced headlong down that narrow corridor, the beam of her flashlight bouncing crazily as she ran. Flashing to and fro, briefly illuminating those searching appendages that pursued her as they twisted over and around one another. They covered the floor, the walls, and the vaulted ceiling above her. Keeping pace with her fleeing figure. She became aware of a gentle wind pushing at her back as the corridor behind her filled with the creature these slender appendages were attached to. The air around her became stagnant, filled with a sickening stench that reminded her of primitive swamps rotting beneath a blazing sun.

She raced past the intersection, following the two sets of footprints that were clearly defined in the dust covered the floor. Pushing away the despair that threatened to make her stop in her tracks. Driven by a terror of the unknown and what lay behind her. Ahead she saw a faint light that indicated she was nearing the main chamber. Behind her she felt those searching tentacles as they whispered across her back.

She could have stopped then, sacrificing herself to save the others. No one would have known, she and Charlie would have just vanished into the antediluvian void that lay at the heart of the chamber. But it was a moot point, for the others would have come looking for them. In their turn awakening that which now pursued her.

She ran into the main room, screaming in an unintelligible voice. The others looked up from their assorted tasks as Sandra raced across the floor. From the narrow crevice, the first searching tentacles of an unimaginable beast emerged from the shadowy depths. Slender appendages slithered along the walls, the ceiling, and the floor as Sandra fled towards the distant opening and the safety that lay beyond.

Jenny and her assistant were the closest to the opening, working on several samples to the right of the corridor. A tentacle wrapped itself around her assistant’s ankle and she was yanked off her feet, screaming in terror as she was hoisted into the air, her cries cut short when she was dashed against the floor and her lifeless body was dragged back to the narrow opening, leaving a bloody trail on the floor.

Jenny fared no better. Several of the tentacles wrapped themselves around her body as she cried out and struggled against them. Her cries became a gurgling moan as her body was torn in half; the two parts were then dragged back to the opening, leaving bloody swaths in their wake.

“Get out!” Sandra screamed as the tentacles washed over the larger chamber and the gathered scientists, each in turn, looked up to see what all the commotion was about.

One of the guards fired at the invading nightmare, the bullets passing harmlessly through the meaty substance of the tentacles. His shots were cut short when a tentacle slapped him with enough force to separate his head from his body, sending it bouncing across the floor as screams echoed through the chamber. There was a moment of confusion where no one was sure of where the threat was coming from. The sound of gunfire came from every direction as those tasked with protecting the scientists suddenly found themselves thrust into a life and death struggle against an unimaginable enemy.

Albert and a few others backed away from the radio table just as it was snatched away from them; without hesitation they turned and ran through the shattered opening. Sandra followed and the four of them huddled together for warmth against the leeward side of a massive stone.

From within the chamber, the sound of screaming and gunfire was replaced by the voice of the restless wind. A deep rumbling came from beneath their feet; the ground shook as another earthquake rocked the area. The wall of the structure, already weakened by a previous shockwave, surrendered to gravity and collapsed. Voluminous clouds of dust shot out of the narrow cracks around each massive stone to be whipped away by the relentless wind.

They were freezing. With a wind chill of minus sixty it wouldn’t be long before the cold claimed them. Having fled the relative warmth of the inner chamber, none of them had donned their parkas before fleeing.

Sandra realized she was still carrying the marble box that had started everything. With her mind’s eye she saw the mummified remains of those sub-human creatures.

It had to go back. Pushing herself to her feet, the wind slicing through the thin layer of clothes she wore, taking her breath away as she struggled to breathe through her nose to at least warm the air a bit before it reached the delicate tissue of her lungs. It didn’t matter if she died or not. She had to put the object back where it belonged. She had no idea what lay in the box, only that to open it would awaken  something from the distant past, something that should remain undisturbed. Something that threatened mankind’s very survival.

“Sandra, what are you doing?” Albert yelled against the shrieking wind.

“It has to go back,” she said as she held up the small box for Albert to see. “We can’t keep it.” Her tongue felt thick in her mouth as she was overcome with a bout of confusion.

Her heart struggled to pump her thickening blood through her veins. The cold air froze the soft tissue of her nose and she was forced to slowly sip at the air with her mouth, the chilled air burning in her lungs, giving life, yet at the same time slowly taking it away as living cells were crystallized upon contact with the cold air. She didn’t have much longer, none of them did, the cold would soon take its toll and they would slip away to the lulling warmth of their core as the blood vessels in their extremities constricted and their bodies sacrificed arms and legs in a last-ditch effort to survive. She shivered uncontrollably as her body tried to warm itself.

Sandra ignored him and turned back to the structure. There was still a narrow opening; if she could make it to that, get inside, she could give this thing back to what lay in the emptiness beyond. The wind pushed against her, freezing her flesh on contact as she leaned into it to cross that open space between the stone she had been hiding behind and that narrow opening.

Her perspective changed and she realized that she had dropped to her knees. She couldn’t feel her legs, her feet, nor could she feel her arms and hands. They had become useless clumps of frozen flesh. She willed herself to move forward, but it was no use. Her body had sacrificed her extremities in order to survive. Stuck now, away from the warmth of the small group, in the open, she knew it wouldn’t be long and her mind turned to happier times as the last of her life-giving warmth was slowly consumed by the relentless wind.

Maybe they wouldn’t find it. She tried to reassure herself in those last moments. But she knew better. Man’s insatiable curiosity would always seek out those things that were better left undiscovered.

THE END
To read the rest of the story grab your copy of Adversary for only $0.99

Available in print from Createspace