It has been a busy week for me. I've been on vacation taking care of some things around the house and I'm, looking forward to going back to work so I can get a break.  Here's the latest part of my serial story, a little later than normal, but I've got a good excuse.

I can see where some foreshadowing will be needed when I rewrite this little tale.

I hope you're enjoying the story so far. Don't hesitate to let me know what you think. 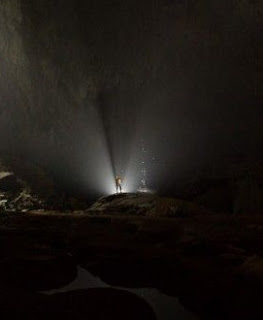 Stopping he gazed into the emptiness as the steady sound of a pick striking stone came from the darkness. It had to be his imagination, there was no room for ghosts,  and the legends of ghosts in his ordered world. Dead was dead, and there was no coming back.

As he stared into the darkness he began to make out small details that he knew he should not be able to see. The silhouette of a slender man stood against a faint illumination that he knew was not there. Yet it was something his emotional side grasped for with a desperation born of the need to see anything but the featureless void.

The man moved, picking up his pick, raising it above his head before bringing it down in an arc that was accompanied by the sound of a pick striking solid stone. Pete shook his head, wiping at his eyes, as the silhouette of the man bent down and retrieved something from the ground. He looked at the object in his hand for a moment, then seemed to turn and regard Pete, before tossing it in his direction.

A small stone hit Pete on the shoulder as a soft chuckle came from that presence. It was a  low, guttural, sound without mirth. A predatory sound that sent a chill washing across his back as the odor of decay tickled his nose . A pair of red eyes emerged, glowing softly with a malevolent light. They blinked and Pete jerked back with a startled cry.

Knocking came from his right, hard and fast, the ringing sound of cold steel against unyielding stone. It wasn’t a distant sound, as if heard through the earth, but right next to him. In the small chamber with him.

More knocking answered from the left, a fast tempo that raced the first. Even more joined in, coming from behind and before him as those glowing red eyes watched him with a preternatural stillness. More knocking came from the ceiling and floor as Pete curled into a fetal position with his hand clamped over his ears.

He withdrew within himself, retreating from the disharmony that filled the chamber around him. He’d always laughed at his grandfather’s belief that knockers lived beneath the earth. Chalking it up to a miner’s superstition coupled with long days spent beneath the ground. But now that he was experiencing it first hand he understood that these old beliefs had been born in truth.

Something snatched at his shoulder and he cried out in terror. Another hand grabbed at his ankle, the fingers ice cold through the protective layer of his clothes. A cold hand caressed his cheek and he screamed as a shriek of agony sliced across the symphony of sound, silencing it instantly.

He opened his eyes and looked up into the hushed emptiness. The silhouette was gone, as was the faint illumination that had set it off. He was once again, alone in the dark, with the sound of the earth settling around him.

How long had it been?

From behind him came the sound of movement, stones stirred as something emerged from the rocky depths, pebbles cascaded across the hard ground, and he sensed a deeper blackness rising up from the floor of the cave behind him

Was it death coming to take him at last? 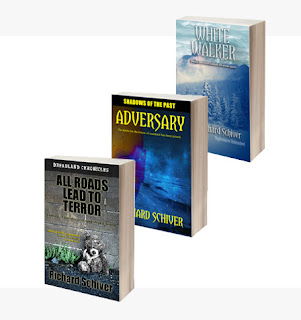