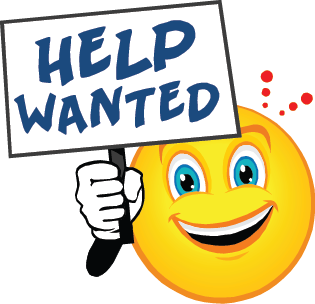 As I near the end of my current work in progress I want to try something different with this one. In the past I've always relied on an editor alone to get a second set of eyes on my work. This time I'd like to add 4 to 5 beta readers to the process. If you enjoy reading works in the horror / dark fantasy genre and wouldn't mind sharing your reaction to a work by completing a questionnaire at the end I'd like to talk to you.

The work in progress had been titled A Father's Love and my goal is to win a kindle scout deal with it. I'm currently searching for a title that better reflects the story in a single word. But that's my problem, unless you as a beta reader come up with a better suggestion.

I've added the first few paragraphs below so you can get a feel for the story.

I'm sorry, there is no compensation aside from a mention in the acknowledgements in the finished book, my eternal gratitude, and the chance to read something no one else has seen yet.

The manuscript will come in at a little over 80,000 words. I have the first 20 chapters ready for beta readers, though I still have to put together the questionnaire.

If you're interested, drop me a line at rschiver@gmail.com  I'll be setting up a closed beta readers group on Facebook where everyone participating can share their thoughts.

At night the world slipped on a different mask, as the shadows grew long and deep. A menacing disguise that transformed even the most innocent objects into terrifying creatures. The stack of boxes sitting drunkenly in the corner had become a crouching beast, a thing of fangs and claws ready to leap out and devour her the moment she looked away. Even her Little Princess table, where she had served tea to her collection of stuffed animals on many an occasion, had become a frightening object, whose long shadow reached out for her with the searching fingers of some nameless thing.

“It’s okay, Puddles,” she whispered to the stuffed bunny tucked under the covers beside her, “it’s just your magination.” She pulled Puddles closer to her side, and as she did, she saw her father with her mind’s eye as he wound up to throw another ball. His face a mask of determination as he focused on the task at hand, fading into the dark recesses of her memory as another emerged.

“It’s the witch,” Marjorie, her best friend from school whispered in her mind, drawing her gaze to the pair of windows that looked out upon a night filled with myriad possibilities. The pale moonlight was broken by the passage of dark clouds across the face of the moon, creating alternating bands of light and dark that served to deepen the already threatening nature of the night.

She was out there, the Witch, if Marjorie was to be believed. Searching for her next victim, looking for the next bad little boy or girl to lure back to her lair. With the blankets pulled nearly up to her eyes, her gaze tracked around the darkened bedroom in an endless search for threats.

She was a good girl, she sought to convince herself as the shadows of the night swirled around her in an endless, primitive dance. She listened to her mommy as best she could, and at this thought, she remembered her dress lying on the floor of her closet. She had been told to hang it up.

No. The answer chilled her to the bone.

Come join me in this adventure, it''ll be fun, I promise. Drop me a line rschiver@gmail.com