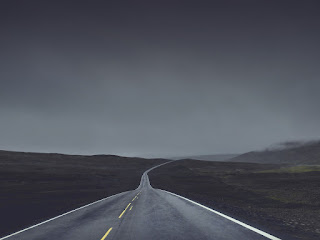 Authors Note: Not too sure where this one is headed but we'll find out. Overheard a co-worker talking about not having calendars in her house and of course that piqued the interest of my writers mind. I wondered why one would not want a calendar unless it was to avoid being reminded of some past failure. Or maybe they were afraid to see how fast time flew as we all move towards a singular destination. After all, the only thing waiting for us at the end of life, is death, right?

Why anyone would want a calendar I have no idea, life is bad enough as it is without a constant reminder that another day has passed, and that you’ve taken one more step closer to the grave. My mom carried one of those day planners, you know the kind with kittens or some other cute shit on the cover, and all it ever did for her was serve as a constant reminder of the failure she’d become.

After all, we’re headed in the same direction, with the same destination awaiting us at the end. Be you a rich man or poor, a loving housewife or a whore, it didn’t matter. In the end we all died, beyond that it was destination unknown. Some believed in heaven and hell, while others assumed they would come back in a different guise. The only thing we really had to give us hope were our dreams.

For my mother her life’s dreams had slipped through her fingers, her prince in shining armor had arrived astride a Harley, swilling beer and smoking pot, with the occasional side trip courtesy of a little purple microdot. The castle turned out to be a cramped two bedroom trailer that was no better than a meat locker in the winter, and a sauna in the summer.

The walls were so thin the pictures hanging on them moved in response to a stiff wind. They had come with the trailer when we moved in, and one in particular stood out from the others. It was a painting of Jesus with children gathered around him. The title had been written in white along the bottom. Suffer the little children to come to me. It always got me to wondering about religion and belief. From my perspective, if god really did exist, he was one fucked up dude to let the things that happened to children go on. Or maybe he just didn’t care enough to interfere.

To say life was hard would be an understatement, life was, life. School, when I opted to attend, only served to reinforce the fact that I had come from the wrong side of the tracks. While everyone else was wearing Levi’s and Dockers, with Nike, Adidas or North Face shirts, I would arrive decked out in the latest cast offs compliments of Goodwill if Mom hadn’t drank up all the money for that month, or the local rescue mission if she was in her cups.

But who could blame her.

One time, when I was much younger, she told me that when she was a little girl she wanted to be a dancer. All of her friends were hoping to get married to a good man and they spent much of their time planning weddings that had a snowballs chance in hell of ever happening. Though one of her friends did manage to have the wedding of a lifetime, a fairy tale marriage that ended in divorce and suicide.

She had been different, she told me that day, while she was about one and half sheets short of a full three sheets to the wind, and getting closer with every shot she took. She even tried to prove how good of a dancer she was by pirouetting through the living room. To be honest it looked pretty damned good to a scared seven year old kid worried she was about go off on one of her rampages. Then she tripped over the edge of the carpet and hit the floor with enough force to rattle the walls.

That was the day I learned the true meaning of suffer the children. I suffered because no one else was available to take the blame for not fixing the carpet. I was only seven, hell I was still trying to dress myself right, so fixing the carpet was a bit over my pay grade.