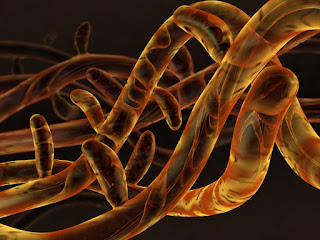 F is for Funghi

Beneath the green grass of our lawns lies a whole different world.

For Eric cutting the grass has become a whole new adventure, not only does he have to watch out for Nadine’s fledgling flowers, but a new arrival makes itself known and he quickly learns this creature is not one to be trifled with.

Sign up to be notified when I update my blog to keep abreast of the story, click HERE!


"And be careful around my flowers," Nadine shouted from the door as Eric crossed the back yard to the shed in the corner. His hands stuffed into the pockets of his shorts, his shoulders drooping as if they carried the weight of the world upon them. Which in a sense they did.

They carried Nadine’s endless worry about needles things, her constant nagging, as she reminded him daily how she could have married Howard down the street. That he should be thankful she chose him instead, but of course a cretin such as he would never understand the supreme sacrifice she made in becoming his wife.

“Of course dear,” he said more to himself. After the door slammed and he was sure she was out of earshot, he continued, under his breath. “I’ll run the little bastards down first chance I get, I’ll chop them into mush and carry them into your clean living room on my shoes. I’ll put my feet up on the couch and stain the fabric green with their blood.”

Of course he would do none of this. It was better to just make his way through the day, do as he was told him, and live out his life firmly planted beneath her thumb. Besides, she had money, old money from a family business that had been passed down from generation to generation since the earliest days of the colonies. Money that allowed him to live a life of leisure. They had enough money to hire a gardener to care for their simple lawn, but it was the one thing he actually enjoyed doing, and as it took only a few hours once a week, it wasn’t overly labor intensive.

A concept that fit well with his outlook on life.

At the shed he pulled the push mower from its shadowy interior, enjoying the scent of gas mingling with the odor of cut grass as he topped off the tank and primed the carburetor. The mower roared to life on the first pull and he smiled as the sound of the engine drowned out the shrieking voice of his wife that echoed from the depths of his mind. Sometimes he thought about using the mower on her, running it back and forth across her face as the steel blades did their duty, but he knew that would never happen. Doing that would only jeopardize the life he led. He’d lose everything including his freedom.

No it was better to just live with it.

After carefully cutting around her flowers, all the while resisting the urge to just run them over, he moved to the back perimeter and was running along the high privacy fence that blocked their view of the Morison’s when the mower went through a dip in the yard that wasn’t there two weeks ago. The blade cut into the ground, nearly stalling out as he pushed through the dip until the mower was on the other side. Shutting it off he looked down into a small cavity that appeared to have a hole in the bottom.

How did that get there? He wondered, his gaze drawn to the Morison’s overgrown yard on the other side of the privacy fence. He could see the high weeds through the slats of the fence. It looked like the yard had not been cut in months. But that couldn’t be right, he thought, as he searched his memory for the last time he’d seen either of them.

Neither he nor Nadine were close with the neighbors in the back, hence the reason for the privacy fence, Eric found them to be quite boring. The few times he’d spoken with either Jake, or his wife Estelle, he’d come away with the impression that they were made for one another, and as unimaginative as two bumps on a log.

With a shrug he returned his attention to the hole that had mysteriously appeared in their back yard. Its proximity to the fence led him to believe the cause lay in the neighbors yard, and he knew if he was unable to rectify the problem, he’d have to go over there and have a chat with them. It was a task he did not relish. Jake was the kind of guy that was likely to take things to a physical level if he was intellectually outclassed.

Retrieving a shovel from the shed he returned to the hole and poked around with the tip to see if he could determine what was responsible for the hole. Groundhog was the first thought to pop into his mind as he probed the depths with the shovel. Having grown up in the county he was more familiar with groundhogs than most people who only ever saw them on Groundhog day when they emerged to proclaim the end of winter or foretell another six weeks of ice and snow. They were not the cuddly creatures they were made out to be, and though they were usually quite roly-poly there was a viciousness about them, after all they were a wild animal.

As he probed the depths he spotted movement, something white had briefly appeared, accompanied by a hissing sound reminiscent of a snake. Suddenly the shovel was snatched from his hand and yanked into the ground. The handle dropping into the hole until there was only a foot of it left sticking out of the ground. He wrapped his hands around the handle, fully intending to pull it back out, when the wood slipped through his grip and the entire shovel vanished into the opening.

Email ThisBlogThis!Share to TwitterShare to FacebookShare to Pinterest
Labels: free fiction online, fungi, fungus, what lives beneath the ground