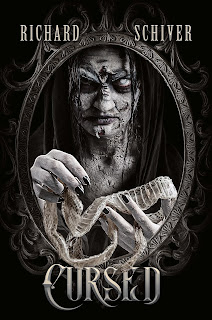 One, two, the witch is due.

After the loss of her husband, Susan sought a safe place to rebuild a life for herself and her six-year-old daughter, Christine. Quaint and picturesque, Porter Mines seemed ideal. Susan soon learns appearances can be deceiving.

Three, four, she’s at the door.

Like many small towns, the history of Porter Mines was woven in a tapestry of dark secrets. One centered on a witch, who vowed with her dying breath to claim vengeance against those who wronged her. A ghost story rooted in grisly truth.

Five, six, who will she pick?

Can Susan protect Christine from a wrath even death couldn’t tame?

Or will her only child fall prey to the curse of Porter Mines? 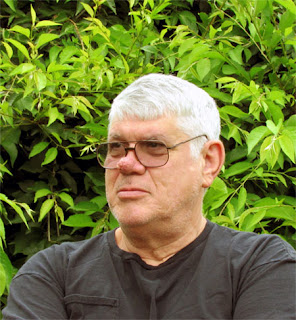 Richard is the author of eight novels, three novellas, and a collection of short stories. His short work has appeared in a range of publications from Dark Moon Digest to The Backbone Mountain Review. His most recent works include Cursed, currently available as a per-order, A Call To Arms, book four in his post-apocalyptic coming of age series, This Lawless Land, and Not Of Us, a WWII creature feature published by Severed Press.

During his life he has played a series of roles, husband, father, son, and lover, but his favorite by far is grandfather. He and his wife of twenty plus years have raised four children, and helped raise eight grandchildren. They provide a secure home to a yellow lab named Max.His love of the macabre was sparked at an early age when he would listen to his grandmother spin ghost stories on the porch at night.

His wife, Dena has experienced first hand the exasperation of living with a writer whose mind has a tendency to wander at the most inappropriate times. Yet she manages to keep his feet firmly planted on the ground.

Harriet Phillips was a bust. A full-blown case of Alzheimer’s left her unaware of where she was, much less able to remember something that happened over thirty years ago. As Susan moved down the hall, a familiar name on the door for one of the rooms stopped her. Abigail Jenkins, the handwritten sign read, and she stepped to the closed door.
Is she Peter’s sister? Only one way to find out.
After composing herself, she knocked before pushing into the room, and was immediately brought up short by the sight that greeted her. The room was bright, filled with assorted lamps strategically placed to prevent even the slightest shadow.
In the center of the room Abigail sat in her bed, watching television. Slowly she turned her head to look at Susan.
“Hi.” Susan waved as she gently closed the door behind her.
“Who are you?” Abigail scowled. “What do you want?”
“I’m Susan. I recently bought your old house. Do you mind if I ask a couple of questions?”
“You can ask anything you want. Doesn’t mean I’ve gotta answer.”
“That’s fine.” Susan stepped around the end of Abigail’s bed and sat in one of the two chairs against the wall. Again, she looked at all the lights, and held out her hand as if to ask, why?
“They hide in the dark,” Abigail said, “in the shadows gathered in the corners.”
Goose bumps washed across Susan’s arms. “What hides in the dark?”
Abigail refused to answer, returning her attention to the television where a game show was on.
“What happened to your brother?”
Abigail’s gaze remained fixed on the television.
“I know he shot himself.”
Abigail’s gaze wavered and she lowered her eyes. “How do you know that?”
“I read about it in an old newspaper.”
A single tear traced a wet line down Abigail’s cheek. “It wasn’t his fault,” she said.
“What wasn’t his fault?”
“They wouldn’t leave him alone.”
“Who?”
Abigail looked away. “The children,” she said. She spun her head back around and fixed Susan with a piercing stare. “She’s real, you know.”
“Who?”
“The Witch. My momma used to threaten us with her. Said if we didn’t listen the Witch would come take us away.”
“Was it the Witch that took your brother?”
Abigail shook her head, struggling, it seemed, with memories only she could recall. “Lindsay took Peter,” she said with a sob.
Susan was confused by her response. In everything she’d read during her research, Lindsay was an innocent victim.
“Why?” It was the only response she could think of.
Abigail shook her head.
“She was your best friend.”
“Who told you that?”
“Her aunt Mildred,” Susan said. “She’s my neighbor.”
“You bought my house?”
Susan took a deep a breath. She was close to the truth, yet it lay beyond her grasp. She nodded, trying to maintain her patience. “Yes, I bought your old house.”
“Do you have any children?”
“My daughter, Christine.” Susan took out a photo of Christine and showed it to Abigail, who nodded as if answering a question only she could hear.
“Get her away from there. Porter Mines is no place to raise a child. For her sake, and your own, as her mother, take her far away from there. She’s grown restless, and none of them are safe.”
“Who? The Witch?”
Abigail shook her head as she looked absently into her lap, “Lindsay,” she said quietly.
“What happened to Lindsay, Abigail?”
“She died.” Tears sparkled in Abigail eyes, “She said she had a secret. Don’t you like secrets? Everyone likes secrets. But they’re not really secrets, are they? Not after you share them. The only real secrets are those we keep to ourselves.”
Susan leaned closer. “What’s your secret?”
“I’m not telling.” Abigail returned her attention to the television. 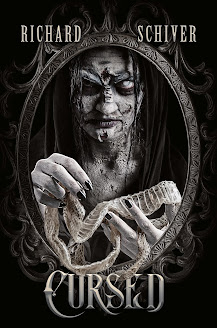